EPL: Gomez Reveals Who Convinced Him To Join Manchester City


Manchester City had on Tuesday announced the signing of Gomez from Anderlecht for £11 million plus add-ons. 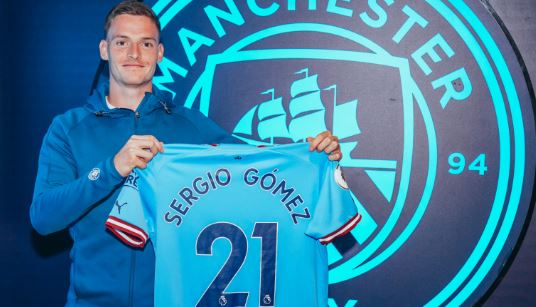 Sergio Gomez, the New Manchester City signing, has revealed who made him join the club.

He revealed that the club’s legend, Vincent Kompany, convinced him to sign for the Premier League champions.

Manchester City had on Tuesday announced the signing of Gomez from Anderlecht for £11million plus add-ons.

Gomez signed a four-year deal with Pep Guardiola’s side, having made 50 appearances for Anderlecht across all competitions last campaign.

“I talked to him [Kompany] a few days ago when I knew about City’s interest in signing me. He was very happy for me, he told me this would be a huge step in my career and that I was making the right decision by coming here.

“It was an honour [to play for him] because I was a City fan when I was a kid and Kompany was the captain. A role model for all of us,” the 21-year-old left-back said upon signing at the Etihad.