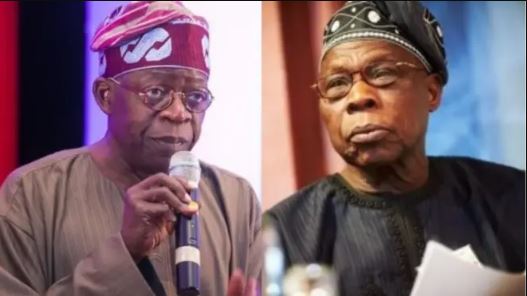 The meeting is part of his ongoing consultation and fence-mending process to actualise his presidential bid.

“He’s scheduled to visit President Olusegun Obasanjo at 10.00am and address the people at the MKO Abiola Int’l Stadium immediately after,” Somorin said in a terse statement made available to newsmen.

Another statement signed by the APC State Chairman, Yemi Sanusi said “all Exco members and Party Chairmen are to attend promptly.”

“Asiwaju Visits Ogun State: This is to inform you that the Presidential Candidate of the All Progressives Congress (APC), Asiwaju Bola Ahmed Tinubu will be visiting Abeokuta, Ogun State today, Wednesday, August 17, 2022.

“All Exco members and Party Chairmen are to attend promptly.Time: 10.00 am,” it reads.

Daily Trust reports this is the third Tinubu would be visiting Ogun over his presidential bid.

In February, he met all the paramount rulers in the state, and intimated them with his ambition.

On June 2, Tinubu, ahead of the party’s presidential primary, met with the APC delegates in Abeokuta, where he revealed the roles in played in enthroning President Buhari in 2015.

Daily Trust reports during his previous visits, Tinubu didn’t visit Obasanjo, just as a planned meeting with the former President in May was later postponed.

Obasanjo and Tinubu were known to be political foes, which dated back to their days as President and Lagos State Governor respectively.

But in 2013, Tinubu threw the political rivalry behind him when he begged Obasanjo to be the APC’s navigator to the 2015 presidential election.

“You have come out of tribulation and held the highest position in this country. We are here because of your courage and salient points. Nobody can say he has more information than you,” Tinubu told Obasanjo in Abeokuta when he led APC bigwigs to meet the former President.

Buhari won that election, defeating incumbent President, Goodluck Jonathan, in what had turned a major upset in Nigeria’s political history.

And after Buhari won the election, Obasanjo and Tinubu went back into “trenches.”

Obasanjo who had vowed not to endorse any candidate in a hurry has since kept his choice in the next election close to his chest.

Aside from meeting with Obasanjo, Tinubu is expected to address the APC members at the MKO Abiola Stadium, Kuto, Abeokuta.

Findings revealed that the APC candidate may address the internal crisis with the ranks of the ruling party in the state.