Asake said that the volunteers are Nigerians who are tired of the failures and money bags politics of the ruling All Progressives Congress (APC) and the main opposition Peoples Democratic Party (PDP). 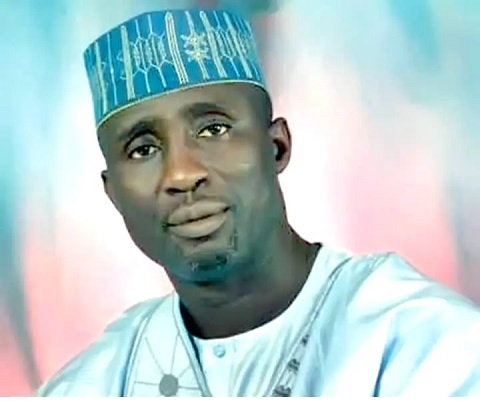 Labour Party in Kaduna state has revealed how it intends to protect its votes in the 2023 general elections.
According to the Kaduna state governorship candidate of the Labour Party, LP, Jonathan Asake, volunteers across the country will serve as agents to protect their votes in the 2023 general elections.
Vanguard reported that Asake said that the volunteers are Nigerians who are tired of the failures and money bags politics of the ruling All Progressives Congress (APC) and the main opposition Peoples Democratic Party (PDP).
He maintained that the structures in this generation have gone beyond analogue politics that APC and PDP politicians rely on, but the electronic voting using the Bimodal Voter Accreditation System (BVAS).
Asake, former President of Southern Kaduna Peoples Union (SOKAPU), disclosed these in an exclusive interview with Vanguard on Monday, while speaking on the readiness of his party, candidates and Obidients to win elective offices next year.
He said, “About structures; political parties have offices across the country or state or local governments.
“And we used to talk about physical structures to the extent of where people vote and those votes are collected at ward levels.
“And returning officers will take those votes from the polling units to ward levels to local governments and states and up like that.
“But with the new electoral system, where votes are transmitted electronically, those very tedious ways of doing things are cut off.
“As a party, at Labour Party, we have volunteers all over that are volunteering to guard the polling units and to ensure that they vote and ensure those votes are counted and sent.
“Why are they volunteering? They are tired of the old system. This country is sinking but they want to make this country a better country to make it a producing nation, not a consuming nation.”
Speaking on what it takes to wrest power from the APC in Kaduna, Asake said he has the experience, exposure and education.
He said: “Another way we should look at it is when you’re talking about experience, exposure and my education level.
“The one people often talked about is if I have money. Nigerian politics is played with money. If you have the money you will take everything.
“Often times we tend to look at money when you have to go rigorous primaries as we have in PDP and APC. Where you have delegates that can determine the fate of millions of Nigerians in one room.
“Those delegates will be given money to select people, whether the candidate is fit or unfit, or have a criminal record, general voters have no part.
“But Labour Party is operating where you don’t need those bags of money. At minimal fees, you will be able to present yourself to general voters to vote for you.
“My candidature is for the general public who will vote for me based on my track records. I have political experience.”
On his political credentials, he said, “I have worked and I’ve been a lecturer. I lectured for about eight years at Abubakar Tafawa Balewa University. Then I moved to Kaduna State Polytechnic in 1991 till 1998, when I moved into partisan politics.
“And I was elected into the House of Representatives in 1999 and I served my four years, after which I was appointed SA on National Assembly Matters to President Obasanjo. I served until 2007.
“I’ve also been chairman of a local government at the interim level and I’ve served in various appointments in between at the state and national levels.”
The former presidential aide also said that the Independent National Electoral Commission (INEC) had promised that Kaduna residents displaced by bandits will participate in the elections next year.
“I have raised this concern with INEC and INEC has actually been taking care of this situation by actually ensuring that they will not be disenfranchised.
“That’s the arrangement that is being made, that they have the permanent voter cards (PVCs) and vote from where they are.
“There is no time that power has been zoned to Southern Kaduna by the PDP so Labour Party has availed Southern Kaduna the very rare opportunity of choosing one of their own as a candidate and so people of Southern Kaduna will come together with all other people of other parties because Labour Party seems to be the most acceptable one by the people of Southern Kaduna.
“Anywhere you go in Southern Kaduna, it is Odidient movement and it’s also same at Central and Northern senatorial districts of Kaduna state,” he added
Top Stories