The suspects were arrested following a complaint from villagers of Yar Katsina in Bungudu Local Government Area. 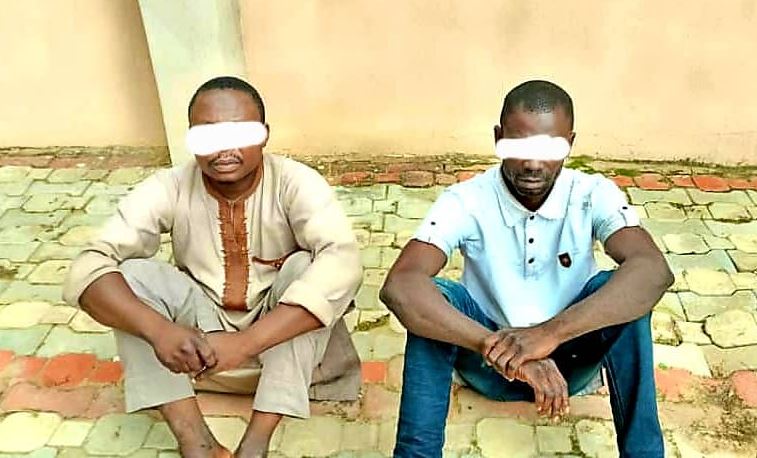 Two men, Lawali Musa, 36 of Jangebe village and Jamilu Isah, a 40-year-old man from Yar dole of Talata Mafara and Gusau Local Government Areas of Zamfara state have been apprehended by the police over alleged extortion.

According to a press statement issued to newsmen in Gusau, the State capital, by the command’s spokesman, SP Mohammed Shehu, the two suspects were arrested following complaint from villagers of Yar Katsina in Bungudu Local Government Area.

“On the course of investigation, the principal suspect, Lawali Musa confessed to have collected the sum of five million naira from the community in the name of assisting them to have security agencies deployed to their community.

“On the other hand, the second suspect, Jamilu Isah confessed that the sum of eight hundred thousand naira was deposited into his account,” he said.

The State police spokesman said that investigation was still in progress with a view to arresting other suspects in connection with the offence.

He assured that they would be charged to court after a thorough investigation to face full wrath of the law.

SP Shehu advised communities to reach out to the police or any relevant authority regarding the general security of their areas.