The ex-President of Transcorp has announced that he would work for the emergence of Peter Obi as Nigeria’s President. 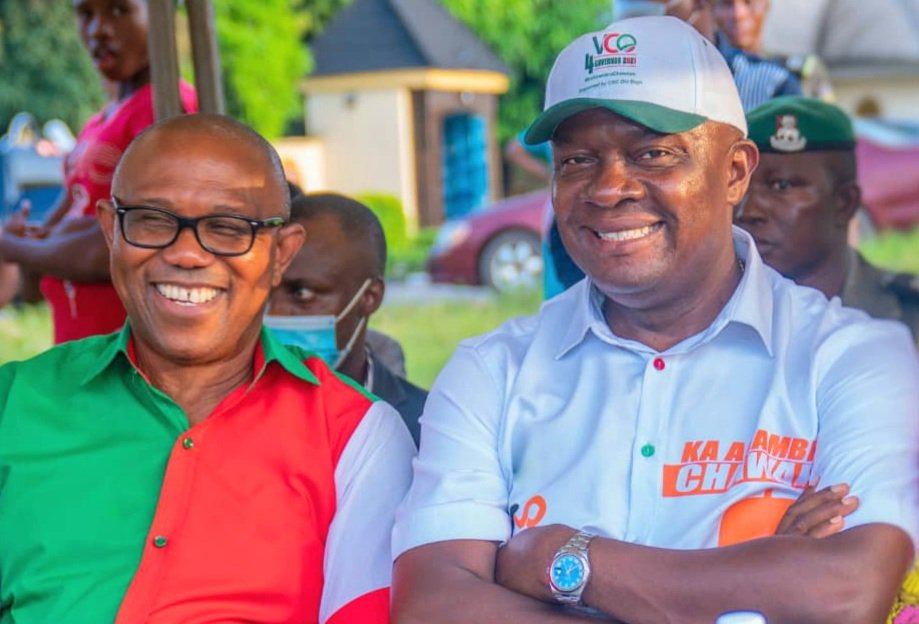 Valentine Ozigbo, a former governorship candidate of the Peoples Democratic Party (PDP) in Anambra State, has dumped his party, turning instead to Labour Party.

52-year-old Ozigbo was the PDP standard bearer in the 2021 Anambra governorship election.

The ex-President of Transcorp has announced that he would work for the emergence of Peter Obi as Nigeria’s President.

The former Anambra governor is the presidential candidate of the Labour Party (LP).

Ozigbo explained that his decision to resign from the PDP was based on the need for Nigeria to have a competent and visionary individual in charge of affairs.

“I belong to the group that is uncomfortable with the status quo, and we must do what we have to do to save this country and set us back on the path of progress,” Ozigbo said in a statement.

Urging people of good conscience to stand up to be counted, the businessman told citizens to decide whether they prefer to be “on the dark side or on the side of the light”.

He noted that in 2023, Nigerians can either work to entrench the forces that have destroyed Nigeria or warriors of the light who will work to bring justice, equity, and peace.

Ozigbo described Obi as a man with the right vision, assuring that his temperance, capacity and experience would take the country out of troubled waters.

The politician said the nationwide support the LP flagbearer is receiving “is based mainly on the revolutionary, inclusive, and inspiring leadership he demonstrated as a governor”.

“Having worked with him closely during my governorship campaign in 2021, I can attest that Obi is a thoughtful, kind, and generous leader who seeks excellence in all he does.

“Pulled by the brilliance of the candidacy of Peter Obi and Yusuf Datti, inspired by the passion of the Nigerian youth and driven by an undying love for Nigeria, I formally join the Obi-dient Movement.”

Ozigbo urged the people to work to transform the dreams of Nigeria into reality and “get it right” at the polls next February.

Lamenting the state of the nation under the All Progressives Congress (APC), he hailed the youths for showing patriotism, boldness and passion in choosing who will lead from May 29, 2023.

“They have rejected the lust for power of politicians that ought to be in retirement. They have consciously chosen who they want to lead them into the next four years.

“They considered fairness, justice, and equity. They have adopted a bold vision of a country where everyone is carried along irrespective of beliefs, faith, tribe, language, gender, and social status,” he said.

Ozigbo added that young Nigerians were committed to seeing that peace returned to the nation and that citizens experienced what the founding fathers and heroes desired.