She will face a second degree murder charge following the death of her boyfriend, 27-year-old Christian Obumseli, in April. 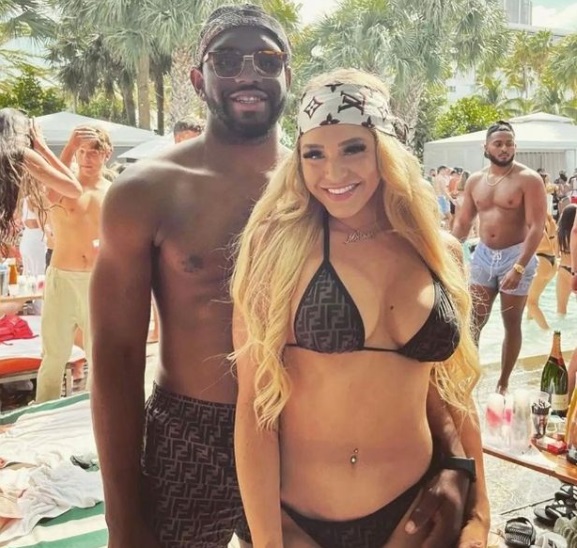 Courtney Clenney, 25, an OnlyFans star has been charged with the murder of her Nigerian boyfriend.
Following the charge brought against her, she has demanded that the corpse of her ex-boyfriend be dug up.
Clenney known on social media as Courtney Tailor, was arrested in Hawaii last month and is currently awaiting extradition to Florida.
She will face a second degree murder charge following the death of her boyfriend, 27-year-old Christian Obumseli, in April.
She has always denied the murder and claims that she acted in self defence.
Clenney allegedly stabbed the 27-year-old Obumseli in the chest on April 3 following a fight at their luxury apartment building in Miami, as neighbours in the building, said they had a long history of domestic disputes.
Clenney's defense attorney, Frank Prieto, claimed that she was forced to stab Obumseli after he grabbed her by the throat following weeks of stalking the OnlyFans star.
Courtney's attorney is set to take to the stand later today, Friday, August 19, to make an official request on his client's behalf that Obumseli's body be dug up and inspected by medical experts.
At the time of her arrest, Mr Prieto said: "I’m completely shocked, especially since we were cooperating with the investigation and offered to voluntarily surrender her if she were charged.
"We look forward to clearing her name in court."
Despite Prieto's claims that Obumseli was violent towards Clenney, a friend of the couple claimed that Clenney had been violent against her estranged boyfriend in the past. Also, video footage released days ago shows Clenney hitting Obumseli in a lift. Watch here
Top Stories