Usyk lands more solid jabs on Joshua in the final round and the former champion tries to counter with punches of his own. 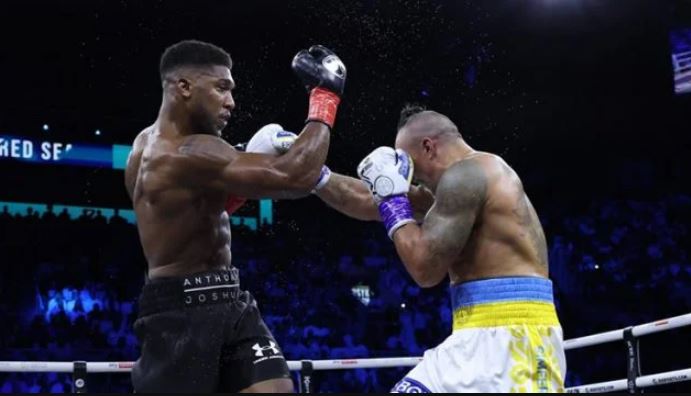 Usyk beat Joshua  on Sunday by a split decision to win the heavyweight title rematch.

Usyk lands more solid jabs on Joshua in the final round and the former champion tries to counter with punches of his own.

Usyk retained the IBF, IBO, WBA and WBO titles on a split decision.

Usyk, 35, had last year defeated the defending champion in London. The Ukrainian victory may set up a potential unification bout with Britain’s Tyson Fury.

Addressing the crowd after the fight, Joshua said he had an elite prospect from youth.

“If you knew my story you would understand the passion. I ain’t no amateur boxer from five years old that was an elite prospect from youth. I was going to jail, I got bail and I started training my arse off, I wanted to be able to fight.

“I’m stealing this Usyk I’m sorry, but it’s because of the passion we put into this. This guy to beat me tonight, maybe I could have done better, but it shows the level of hard work I put in so please give him a round of applause as our heavyweight champion of the world.”

He added, “I’m not a 12-round fighter, look at me, I’m a new breed of heavyweights, Mike Tyson, Sonny Liston, Jack Dempsey, ‘you don’t throw combinations like Rocky Marciano’, I’m 18 stone, I’m heavy, it’s hard work. This guy here is a phenomenal talent, we’re going to cheer for him three times.”