The minister in a new interview clarified on his earlier statement about terrorists in the North. 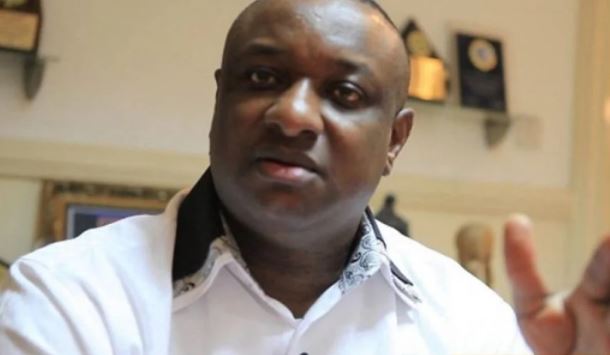 The Minister of State for Labour and Employment, Festus Keyamo (SAN) has denied a statement credited to him.
In the statement, he had claimed that Boko Haram terrorists have been reduced to almost nothing.
However, in a recent interview with Punch, Keyamo said he never made such statement.
According to him, terrorists in the North-East had not been totally wiped out, but they have been significantly decimated in the region.
Keyamo said the terrorists are still in skirmishes and they have been boxed in because of the strong diplomatic moves Nigeria has with neighbouring countries.
He, however, said the Buhari government took out time to tackle the farmers-herders clashes and Boko Haram, saying that it is also taking its time to tackle kidnapping and banditry.
He said: “We met security challenges on the ground. I saw headlines that misrepresented me where they quoted me as saying terrorists have been reduced to nothing. I did not say so. I simply said Boko Haram in the North-East has not been totally wiped out, but they have been significantly decimated in the North-East.
“It is a fact, but the opposition hates to hear this and wraps it up by saying insecurity is killing Nigerians. We met 14 local government areas taken over by terrorists.
“At one point, elections were postponed because they could not be held in those areas in 2015. As of today, Boko Haram terrorists are still in skirmishes, but because of our strong diplomatic moves with neighbouring countries, we were able to box Boko Haram in.
“Also, the world terrorism index stated that farmer-herder clashes came to a head between 2017 and 2020; after 2020, the crisis has reduced considerably. What made it reduced was as a result of the National Livestock Transformational Programme, which the government decided to implement.
“This was a problem that had been there since the 1960s. We have tried to reduce the problems with this programme, but they are not totally wiped out.
“However, while we were doing this, new challenges reared their heads. We acknowledge the banditry issue. We also admit the kidnapping problem. But are we throwing up our hands and saying that there is no hope? No, we are not.
We took out time to tackle farmers-herders and Boko Haram. We are taking our time to tackle kidnapping and banditry as well. People are saying we bought a lot of equipment like the Super Tucano and why have we not wiped it out? What people don’t know is that once they sell equipment like this to you, there are rules of engagement.
“If you use them anyhow without following the rules, they won’t sell equipment to you again. Nigerians should know that you cannot just deploy them as you like. The security agencies are very careful about that.”
Top Stories