Pere made this known after the housemates, Chichi and Diana’s argument. 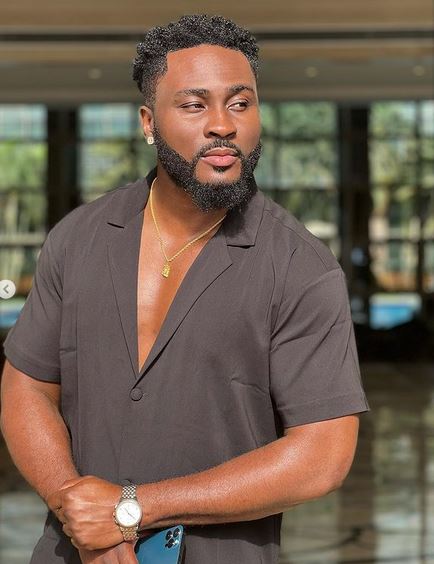 Ex-BBNaija housemate, Pere has opined that there will be more disqualifications in this year’s season.

Pere made this known after the housemates, Chichi and Diana’s argument. 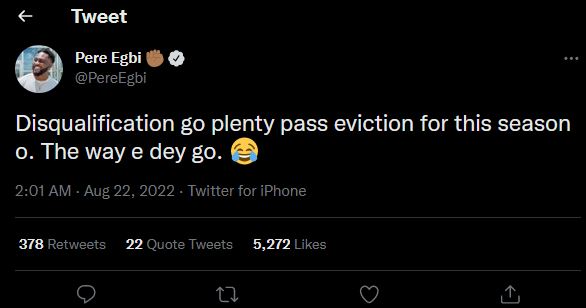 This is not the first time housemates will be having an argument in the house, especially Chichi.

Few days ago, Adekunle and Chichi engaged in a heated argument.

Diana on Saturday night also had a clash with Rachael over Giddyfia.

Recall that Beauty got three strikes for her behaviour in the show and for breaking the house rules.

Biggie mentioned that the decision was based on her disrespect for the house rules and creating an inhospitable space for fellow housemates.

Beauty got angry with Groovy for dancing and conversing with another female housemate, Chomzy.

The disqualified housemate, in annoyance, removed her glasses and flung them at Groovy and at another point, flung her microphone away.

This led to her disqualification from the show.