The union blamed the government for its ongoing strike, saying it frustrated all genuine efforts it had made to end the industrial action. 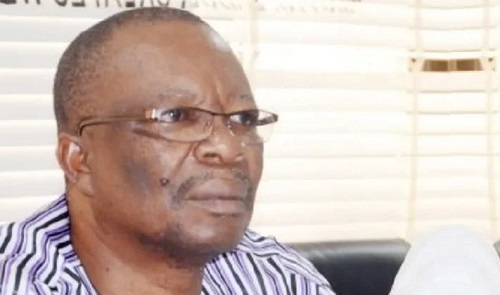 The Academic Staff Union of Universities has denied receiving N100 billion from the federal government.
ASUU, University of Abuja branch denied receiving such money as it blamed the government for its ongoing strike.
According to ASUU, FG has frustrated all genuine efforts it had made to end the industrial action.
The University of Abuja branch chairman, Dr Kassim Umaru, speaking Tuesday, during the union’s congress at the University’s Mini Campus in Gwagwalada,said “the congress deliberated on issues around the strike and vehemently rejected the offer presented by the federal government.
Reacting to the reports that the federal government has approved another N100 billion for the university unions as part of the 2009 agreement, Umaru said “all these being said in social media and newspapers are not true.”
“Is there any document to our union? We should begin to ask them these questions. The students will have to be patient, it is a fight we have to do once and for all and it is a fight for the future of unborn children.
“We have no alternative than to do what we are doing and we  must do it so that we can compete with the external world.
“In the entire world today nobody jokes with education, if you are talking of economy, you are talking of cultural and social aspect, you must invest in education, no single country jokes with education like the way Nigerians are doing,” the ASUU chairman said.
Umaru,who said said the union has a structure on how it takes decisions, added that the National Executive Council,NEC, will meet at the end of the four weeks ultimatum to take its decision,on the lingering strike.
According to him,”at the end of the expiration of the ultimatum on Sunday, the needful will be done.”
“As far as we are concerned, the federal government has not done anything to our various demands.
“Federal government should tell the Nigerian public what they have done. The two committees that were set up, the Nimi Briggs committee were set up, the Jubrin committee was set up and all these things had their recommendation before then.
“They were to signed that agreement and get it implemented but it is not an offer, it is just a mere statement we heard from government because the history has it that at each level it is collective bargaining but when you jettison collective bargaining and you are throwing a award to someone which we needed to sit down as established by law,”he further said.
Speaking on the no-work-no pay policy as stated by the Minister of Education, Malam Adamu Adamu, he said the ILO and the 1981 trade union Act was very clear on that.
“Our salaries are always negotiated, it is not something you feel you can pay us, it is something that you have to sit down to talk and agree that you can pay us.
“As far as we concerned, our job is different from any other civil servants, it is the job you are going back to do, you are not paying for an hour you are paying for the job we have done so it is there responsibility to pay us and if they said they are not paying us and if they said they are not paying us, it is a joke taken too far.
“As it is, they have not called our union and Nigerians should know that we have not been called, no invitation to our union and all that we know the strike continues,”he explained.
Top Stories