DSP Dungus Abdulkarim, the Command’s Public Relations Officer, disclosed this in a statement made available to DAILY POST in Damaturu. 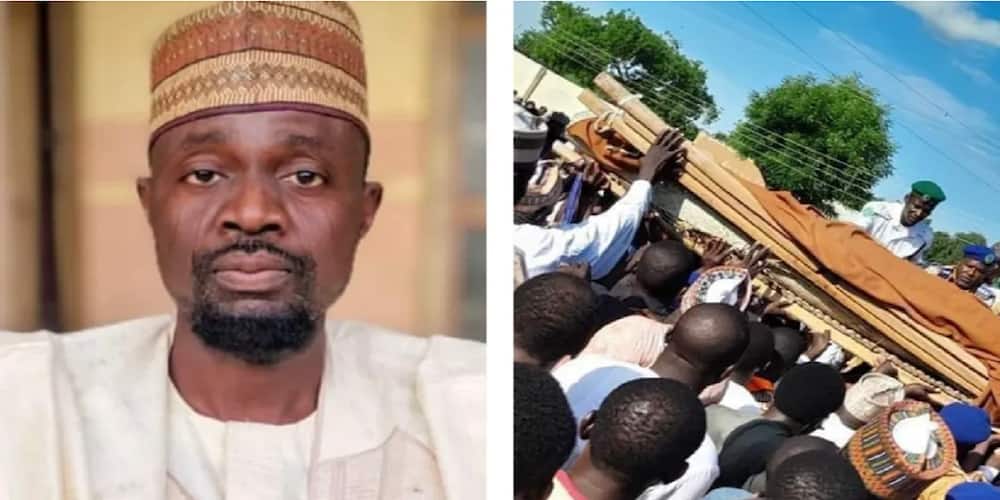 Two Nigerian soldiers have been arrested and paraded by the Yobe State Police Command for the alleged murder of a renowned Islamic cleric, Sheikh Goni Aisami last Friday.
DSP Dungus Abdulkarim, the Command’s Public Relations Officer, disclosed this in a statement made available to DAILY POST in Damaturu.
He disclosed that on 19th August, 2022 detectives from Karasuwa Divisional Police Headquarters in response to a distress call apprehended N/A13/69/1522 Lance Corporal John Gabriel and N/A13/70/6552 Lance Corporal Adamu Gideon both attached to 241 Recce Battalion, Nguru, Yobe state.
Part of the statement read: “One of the assailants L/CPL John Gabriel, whose intention was to rob unsuspecting motorists of their vehicle, left the barrack on the said date in mufti having concealed his rifle in a camp bed for military checkpoint at Nguru at about 2200hrs.
“Meanwhile, one Sheikh Goni Aisami, a prominent Islamic scholar based in Gashu’a who was travelling alone from Kano to Gashu’a in his Honda Accord car with Reg. No KBT 31 AE arrived at the military checkpoint in Nguru.
“L/CPL John Gabriel requested the Islamic cleric to offer him free ride to Jaji Maji which he obliged. While driving and before reaching Jaji-Maji town the assailant asked him to park that there was an unusual noise at the rear tyre.
“When the cleric came down, while checking the tyre, the suspect brought out his rifle, shot and killed him. He dragged the body and hid it in the bush.
“The suspect took possession of the vehicle with intention of taking it away but the vehicle refused to start after several attempts.
“The suspect called his accomplice L/CPL Adamu Gideon from 241 RECCE Battalion, Nguru and auto-electrician from Jaji Maji to assist in starting the car”.
DSP Abdulkarim, added that a passerby in the morning sighted a corpse, a vehicle and some unidentified persons then alerted police personnel from Jaji-maji who promptly mobilized and raced down to the scene.
According to him this led to the arrest of the two soldiers and recovery of the corpse, deceased vehicle and the rifle used in the commission of the offence as well as recovery of a Volkswagen Sharon bus found at the scene of crime.
“In the course of investigation the culprits confessed to the crime. Investigation is still ongoing, suspects are in police custody and as soon as investigation is concluded they will be charged to court”, he said.
In another development, DPS Dungus Abdulkarim, disclosed that the command has paraded three suspects who specialized in kidnapping and armed robbery in some parts of the state.
Top Stories