He also said there was no embargo on the employment of doctors and other health personnel in the country. 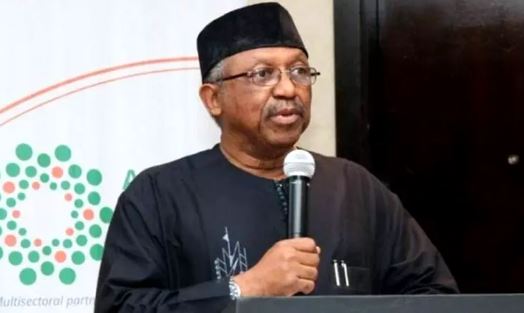 Dr Osagie Ehanire, the Minister of Health, has weighed in on the exit of doctors from Nigeria.

The minister says there are actually enough medical doctors in the country but that the Federal Government is working toward replacing any medical doctor who resigns and leaves the country.

Ehanire made the assertion  on Tuesday in Abuja during a media conference.

He also said there was no embargo on the employment of doctors and other health personnel in the country.

“There is no embargo on employing doctors; where there is a need, we do. But, because there is a Civil Service regulation, there are processes before doctors are employed.

“We have heard complaints of doctors who are now leaving the system but there are actually enough doctors in the system because we are producing up to 2,000 or 3,000 doctors every year in the country, and the number leaving is less than 1,000.

“It is just that the employment process needs to be smoothened,” he said.

The minister, explained that the ministry was working with the Office of the Head of the Civil Service to use the ‘One-for-One’ employment strategy so that if one doctor or nurse resigns to go abroad another one is employed.

“So, if we have one replacement then you are not likely to have shortage.

“But that has been worked out because the Head of Service had the experience that in the past when one person goes, they use the opportunity to take three and those others may not even be people who are required.

“We want to use this policy so that we can reduce shortages and have our personnel back in our hospitals,” he said.

Dr Deborah Bitrus-Oghoghorie of the Department of Hospital services, said that the issue of the two weeks ultimatum given by the National Association of Resident Doctors (NARD) for the Federal Government to meet the demands of the association or risk an industrial action was being looked into.

According to her, they are mainly financial issues which the ministry could not solve on its own.

“The issue we have with the resident doctors are mainly financial issues and because of that we at the ministry of health cannot handle it alone.

“So, what we are doing now is to facilitate resolving the issue with the Ministry of Finance, Budget and National Planning and the National Salaries, Incomes and Wages Commission (NSIWC).

“We want to assure you that the ministry of health, especially the department of hospital services is working very hard to ensure that industrial action is averted,” she added.

The News Agency of Nigeria (NAN) reports that on Aug. 20, the resident doctors had given the Federal Government another two weeks’ notice within which to implement the payment of the new hazard allowance and arrears stipulated as at Dec. 22, 2021.

The two weeks which took effect on Monday will elapse on Sept. 4.

Some of the other demands of the association include the urgent implementation and commencement of payment of the 2022 Medical Residency Training Funds (MRTF) in full to its members using the old template.

Also, that the shortfalls using the newly reviewed template be computed and incorporated /factored into the 2023 budget and paid in arrears.