The council declared that the former Lagos governor has the most achievements of all the 2023 flagbearers. 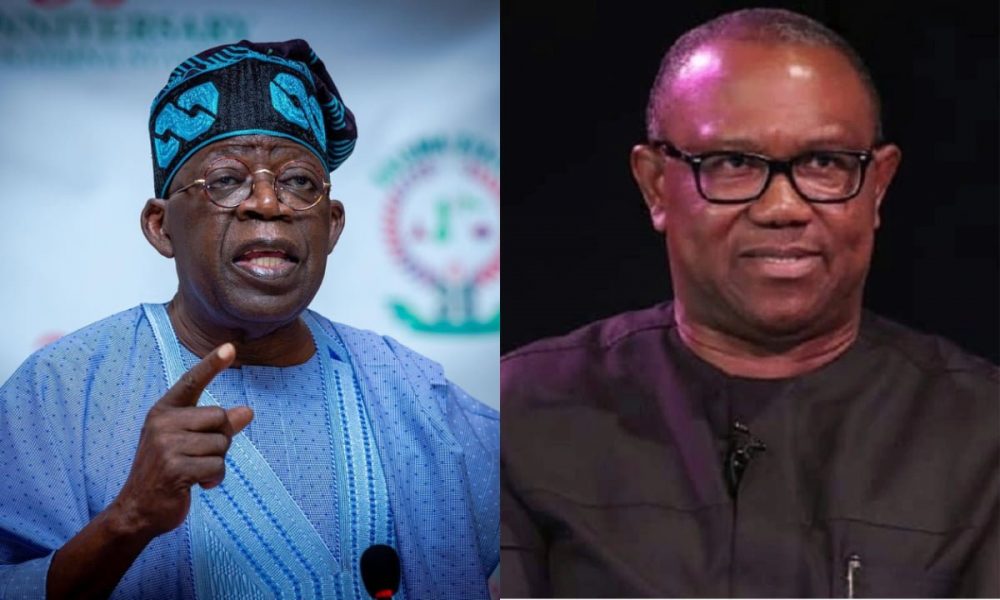 The Bola Ahmed Tinubu Campaign Presidential Council has made some comments about Peter Obi.

The council said Peter Obi is no match for the All Progressives Congress (APC) candidate.

The council declared that the former Lagos governor has the most achievements of all the 2023 flagbearers.

Dele Alake, Director of Strategy and Communication, made the comment in an interview with TVC News.

Alake stated that his principal stands heads and shoulders above opponents, including Obi, the Labour Party (LP) candidate.

The APC chieftain served as the Commissioner for Information and Strategy under Tinubu from 1999 to 2007.

He said: “There are three main attributes of a progressive-minded leadership: vision, knowledge and the will…that is the courage.

“Whoever is basing his/her judgement on the effect of social media on the 2023 elections has missed it.

“We are experienced in these matters, we are not just stoking our fire on social media. We are moving out to all strata of society,

“Even among those on social media (Obi’s followers), what percentage of them are going to vote at the end of the day?

“What percentage of them have the means of voting or are registered to vote?

“A large percentage of them are just what the Nollywood people call ‘walk about’ or ‘waka pass’.

“They are just either for entertainment effect or curiosity; they are not committed.

“Even those who are committed, a large percentage of them may not be registered.”

Alake said in terms of performance, leadership and social engineering Tinubu is an embodiment of a person fit for President.

The spokesperson added that if the record of performance and antecedents are compared, Obi will be dwarfed.

“Obi will trail far behind. This is not labelling him in any way or to denigrate him, these are hard facts.

“They’ve both been governors for eight years. There is no basis for comparison between Obi and Tinubu.

“The difference is clear. It’s like night and day…like fluke and substance. Our candidate is the substance”, Alake asserted.