Wike: Don’t Be Deceived, No One Can Tell Niger-Deltans Who To Vote – Dagogo To Atiku


The former governorship aspirant in Rivers State declared his unflinching support of the Niger Delta people for Atiku and his running mate, Governor Ifeanyi Okowa of Delta State. 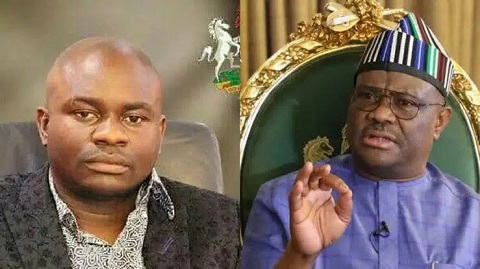 Governor Nyesom Wike has been told that he does not have monopoly of votes in Rivers state.
Peoples Democratic Party (PDP) member of the House of Representatives from Degema/Bonny Federal Constituency in Rivers State, Hon. Farah Dagogo said this while warning the presidential candidate of the party, Atiku Abubakar, not to be deceived by any politicians claiming he can influence Niger-Delta votes.
Speaking through his Special Adviser on Media and Publicity, Ibrahim Lawal, Dagogo said no one could order anyone around on who to vote or not, no matter how highly placed such an individual is.
The former governorship aspirant in Rivers State declared his unflinching support of the Niger Delta people for Atiku and his running mate, Governor Ifeanyi Okowa of Delta State.
While dismissing talks of protest votes against the PDP, Dagogo said a 10-million-man march for the presidential hopeful was being planned in the region.
According to the lawmaker, whose arrest was allegedly ordered by Governor Nyesom Wike, the 10-million-man march would be held in the coming days across the Niger Delta states to galvanize the people further and prove to naysayers that the region was for PDP.
He stated that the Niger Delta had been a traditional stronghold of the PDP from 1999 to date, and 2023 would not be an exception.
Dagogo said, “Let no one be deceived. Conducting elections in Nigeria has metamorphosed. The voting power is with the people. No one can order anyone around on who to vote or not, no matter how highly placed, because the people are the deciders with their PVCs and votes.
“PDP has been true and fair to our people. It was by the means of this party that we clinched the president seat in this country through our son, Dr. Goodluck Jonathan, among several other benefits.
“We are at an advanced stage in plans for a 10-million-man march for Atiku and Okowa across the states of the Niger Delta, particularly Rivers State. We have spoken with the people, those that will vote, the real voters with PVCs, not political sycophants, and we have been able to galvanize a lot of them.”
Wike, while speaking at the commissioning of the remodeled Waterlines Building in Port Harcourt on August 17th, stated that he would tell Rivers State people who to vote for.
He said, “we will tell you those you will vote for, I know, and I will tell you who is who.
“Most of you don’t know, there are those who want to come here to just want to be governor with no agenda.
“Rivers State has done a lot of things for us, we owe Rivers state a lot. Personally, I owe this state a lot for giving me the opportunity, and I will not allow this state to go astray and run into the hands of armed robbers. I will not allow it.”
Top Stories