The group said occupying the NNPC in Abuja became imperative just to protest the alleged injustice against the North. 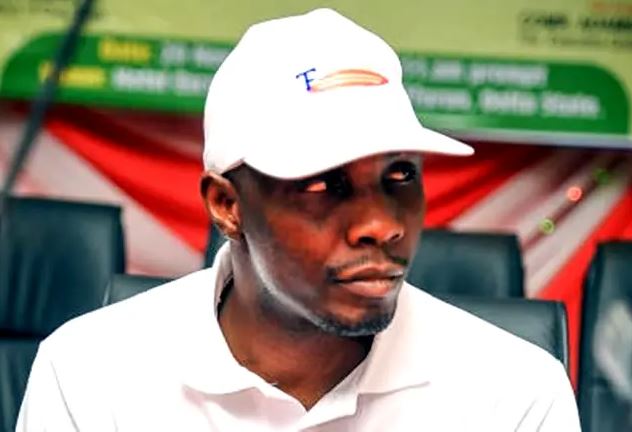 The group on Thursday, vowed to mobilise no fewer than 10,000 youths to protest the award of N4 billion pipeline surveillance contract to repentant Niger Delta militant, Mr Government Ekpemupolo, popularly known as Tompolo by the Federal Government of Nigeria and the Nigerian National Petroleum Company Limited.

The group said occupying the NNPC in Abuja became imperative just to protest the alleged injustice against the North.

The AAYG also accused the Chief of Defence Staff, Gen. Lucky Irabor, of allegedly playing the ethnic card by surrendering the “security of the economic valves and nerves” of the country to Tompolo, which it said was not in any way different from the call to hire mercenaries to tackle terrorism or banditry in the North.

The group had handed down a seven-day ultimatum within which the Federal Government or its agent (the NNPC) should revoke the contract or be forced to either protest or take legal action.

Already, the group, comprising 225 youth organisations from the northern states and the Federal Capital Territory, has officially written the Nigeria Police Force, Abuja, of the proposed protest slated for Tuesday.

The letter, dated August 22, 2023 and signed by the Convener of the group, Mock Kure, and obtained by The PUNCH, was titled, ‘Notice of protest over the pipeline surveillance contract awarded to Government Ekpemupolo (Tompolo) by the Federal Government of Nigeria and the NNPC Limited, effective from Tuesday, August 30, 2022,’ and copied to the FCT Police Command, the Director of the Department of State Services and the NNPC Limited.

The Convener, Mock Samuel-Kure, in the letter, noted that the group, with a major objective of advancing and protecting the interest of the North, resolved to protest under the Abuja Police Command against “the annoying and inciting Pipeline Surveillance Contract that has been Awarded to Ekpemupolo by the FG and the NNPC, effective from Tuesday, August, 30, 2022, in front of the NNPC Limited, Headquarters, Abuja.”

According to him, in order to effectively manage the crowd that would be participating in the continuous civil action, we have concluded plans to mobilise 10,000 persons to the Head office of the NNPC to press home our demands.

The letter read partly, “Sir, as you are aware, Northern Nigeria has suffered so much from activities of bandits and terrorists. Our people came to the sad conclusion that our security agencies are overstretched, hence, we made case for the engagement of mercenaries to help restore peace in our troubled region, however, the Chief of Defence Staff, Gen Lucky Irabor, a chieftain of the Niger Delta, sharply rebuked the patriotic call by assuring Nigerians that the Armed Forces are more than able to nip the situation in the bud.

“It is our considered view that surrendering the security of the economic valves and nerves of our country to Tompolo, is not in any way different from hiring mercenaries. The only difference is that our people can continue to suffer in the hands of terrorist, but crude oil which is considered more important than the blood of Northerners, need the protection of mercenaries.

“If the Armed Forces have come to the sad conclusion that they can’t secure the Niger Delta and Nigeria at large, our group is ever ready to rally our youths to secure our communities too if adequately supported legally and financially.

“We are also worried that the Federal Government is still funding the Amnesty Program, yet, peace has refused to return to the creeks. What difference will the N4 billion per month contract awarded to Tompolo make? In the course of our protest, we shall demand for the scrapping of either the Amnesty Office or the newly awarded contract.

“In the alternative, our group will press for the award of similar security contract to youths of various geopolitical zones to enable them safeguards their regions since the Federal Government no longer have confidence in the country security agencies.”