Photo Of Lawyer, Inibehe Effiong After His Release From Prison 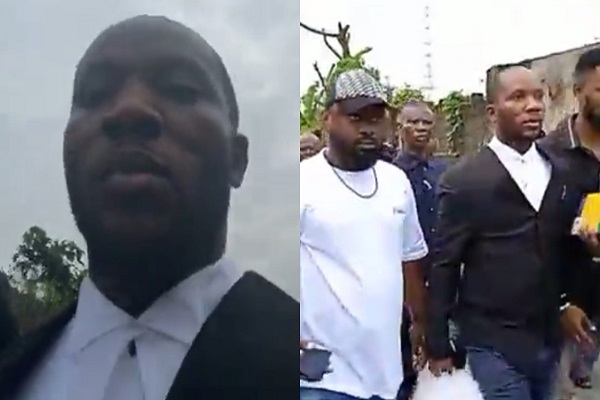 A photo of Human rights lawyer, Inibehe Effiong has surfaced online following his release from prison.
Recall that he was taken to prison after Chief Judge of Akwa Ibom State, Ekaette Obot, sentenced him to 30 days imprisonment on 27 July, for alleged contempt of court after he objected to the presence of two armed police operatives inside the courtroom.
Media personality, Omoyele Sowore annnounced the release of Mr Effiong on Friday August 26.
Sowore wrote on Facebook;
Inibehe Effiong has been released from unjust imprisonment in Uyo, Akwa Ibom state
Top Stories