In a statement, Moderna said Pfizer/BioNTech copied two types of its intellectual property. 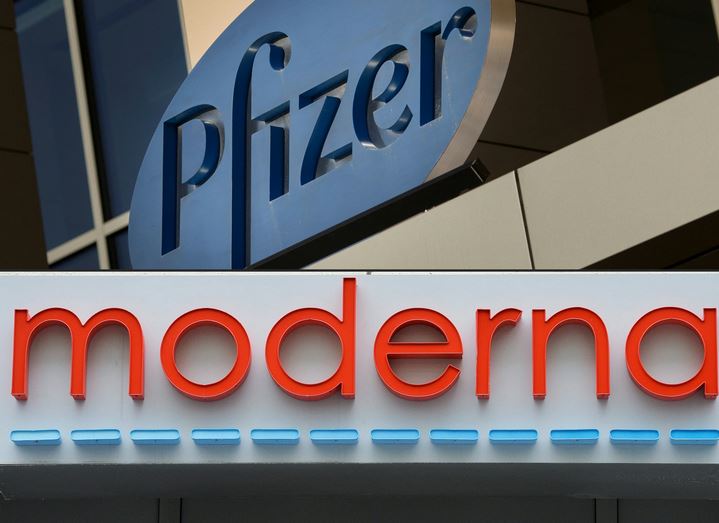 Pharmaceutical company, Moderna has filed a patent infringement lawsuit against Pfizer and its German partner BioNTech over its development of the first COVID-19 vaccine.

Morderna, which is US based, alleges that the mRNA technology it developed before the pandemic was copied.

In a statement, Moderna said Pfizer/BioNTech copied two types of its intellectual property.

One involved an mRNA structure that Moderna says its scientists began developing in 2010 and were the first to validate in human trials in 2015.

The second alleged infringement involves the coding of the spike protein on the outside of the virus itself.

"We are filing these lawsuits to protect the innovative mRNA technology platform that we pioneered, invested billions of dollars in creating, and patented during the decade preceding the Covid-19 pandemic," Moderna chief executive Stephane Bancel said.

The lawsuit, which is seeking unspecified financial damages, was filed in the US and Germany.

Pfizer said it was "surprised" by the action and would defend itself against the allegations.

Moderna, which was only formed as a company in 2010, was an early developer of the mRNA technology used commercially for the first time in Covid vaccines.

The vaccine uses a molecule of genetic code called messenger RNA to generate an immune response.

The RNA trains the body to fight off the real virus when it comes into contact with it.

Early in the pandemic, Moderna said it would not enforce its patents to help other drug companies develop their own jabs, particularly for low- and middle-income countries.

But in March 2022 it said rivals such as Pfizer and BioNTech would have to respect its intellectual property rights.

Patent lawsuits are common in the development of new technology and Moderna itself is being sued for alleged patent infringement in an ongoing dispute with the US National Institutes of Health.