The corp member, Samuel Sabo Awudu, who hailed from Taraba, was serving in the nearby Adamawa State, where he was alleged to have been murdered by unknown suspects in his room. 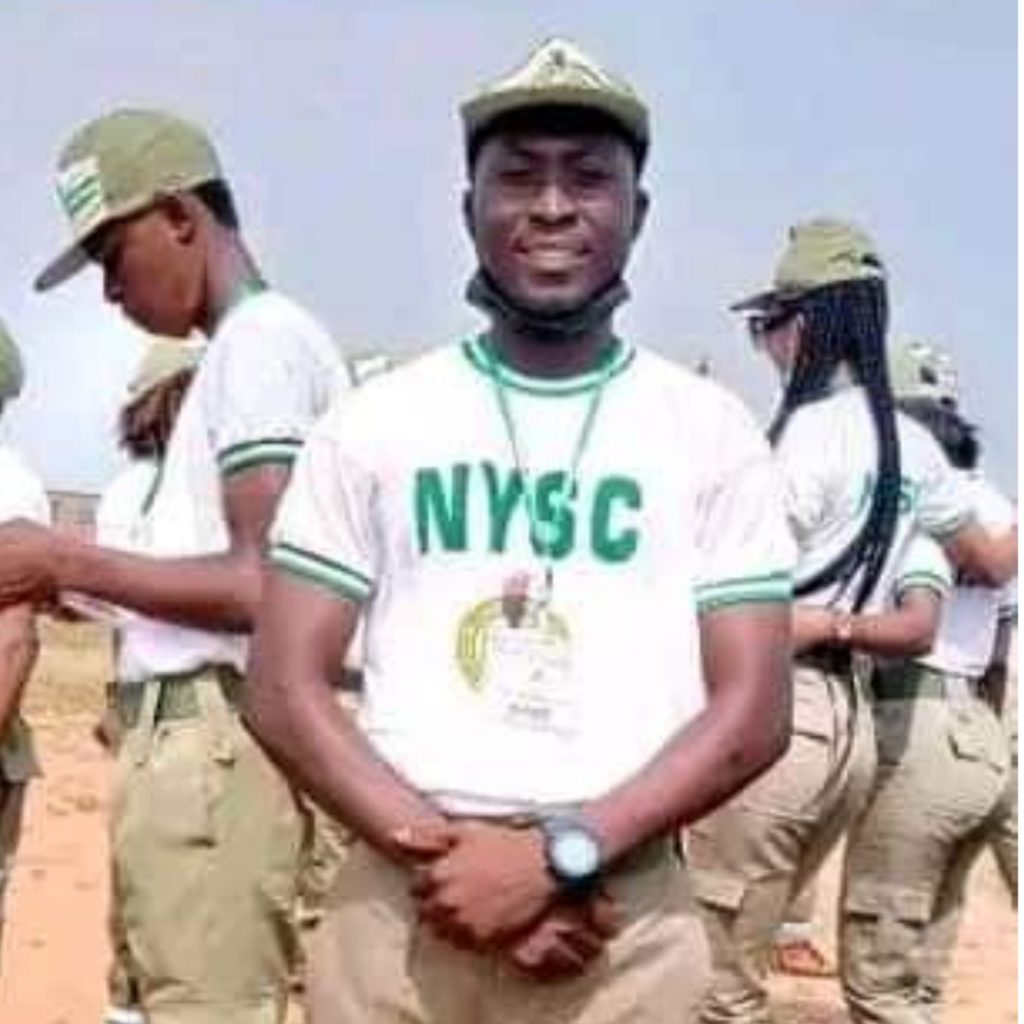 Danjuma Usman Shiddi, the lawmaker representing Wukari/Ibi federal constituency, has drummed calls for justice to served following the murder of a Corp member from Taraba state.

The corp member, Samuel Sabo Awudu, who hailed from Taraba, was serving in the nearby Adamawa State, where he was alleged to have been murdered by unknown suspects in his room.

The member, in a statement made available to media men in Taraba on Sunday, vowed to tread all legitimate paths to unravel the circumstances that led to the gruesome murder of the 28 years old serving Corp member.

According to him “in a bid to ensure that our brother, his immediate family and constituents receive the best justice could offer and in consonance with our pledge and oath of office to ensure the security of lives and properties, we are engaging with the relevant security services and the criminal justice administration players to ensure justice for the deceased, his immediate family, our community and constituents.”

The lawmaker who said he had no prior knowledge of the circumstances resulting in the unfortunate and avoidable death of the Corps member “said, as soon as information reached me, I engaged relevant stakeholders and those directly involved in the situation”

He added, “I have requested the relevant security services to inquire into the circumstances resulting in the death of Samuel Sabo Awudu”.

The security operatives, as stated by him, “are still conducting their due diligence and would certainly report their findings, and thereafter we would set in motion the wheel of justice and ensure the culprits are brought to book.”

Wondering what must have led to his killing, he promised to devote all energies and resources to track down the perpetrators of the crime.

He said “Understandably, this unfortunate incident has led to various theories. On our part, we decided that it was more important, in the first instance, to devote all resources to unearthing those involved in the murder of our brother and the issues to a reasonable extent and thereafter provide a comprehensive explanation to our constituents.”

Urging the people of the state, especially those from his Constituency where the murdered Corp member hailed from to support the security operatives “who are doing their best in the circumstance” he reiterated his commitment to follow up with the NYSC and the security operatives to ensure that no stone is left unturned in unravelling the circumstances behind the death.

While commiserating with the deceased family, the member, who is the Chairman House Committee on National Security, called on the people of the state, especially, youths, not to take the laws into their hands, as no stone would be left unturned in ensuring that the perpetrators are brought down to their knees.