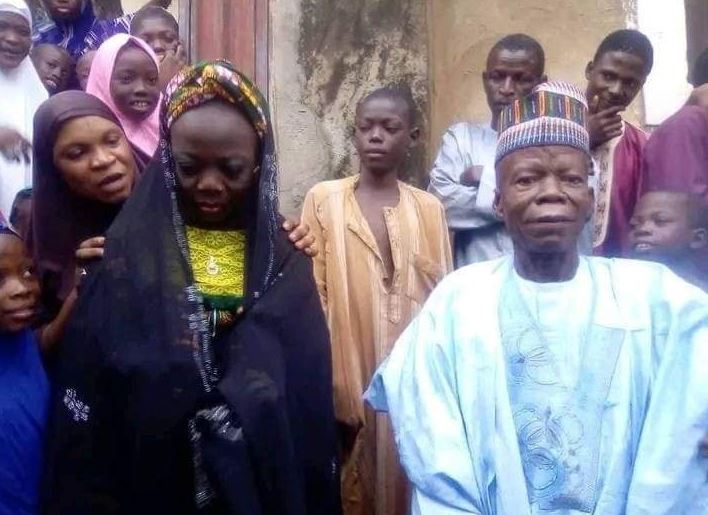 A 74-year-old man from Kogi State identified as Mallam Muhammad Awal, has tied the knot for the first time in his life.

Speaking to journalists on why he had stayed this late before getting married, the septuagenarian said lack of money discouraged him from approaching a woman for marriage.

"I have always been afraid I might fail in my duty of care to a spouse if I married and it is something I fear and don’t want to joke with. I am also afraid of separation from my spouse. I know if I fail to take care of her, she might either leave me or cheat on me with another man, which I would not like. So, to avoid all of that, I dismissed the idea of marriage altogether. But now, Allah has made this a reality." he said.

On whether he has ever approached a woman to proposition marriage before, he said; "I have... Many. This was when I was much younger. Many of them looked down on me, mostly because of my financial status. But I thank God it is in the past,"

On what attracted him to his new wife and whether he would sire children with her, he said;

"Apart from the fact that she is beautiful, she is also down-to-earth, understanding, religious and rooted in the marital institution. Only Allah knows if we are going to have children. You never know what the Almighty can do. It is not in our hands, but His hands.”

On her part, Rahmat said that it was destined that they would end up as a couple.

"Allah has a reason for bringing us together and my prayers is for him to bless us and give us peace and understanding in our home." she added.