Antony has done his medical and completed the deal to become new Manchester United player. 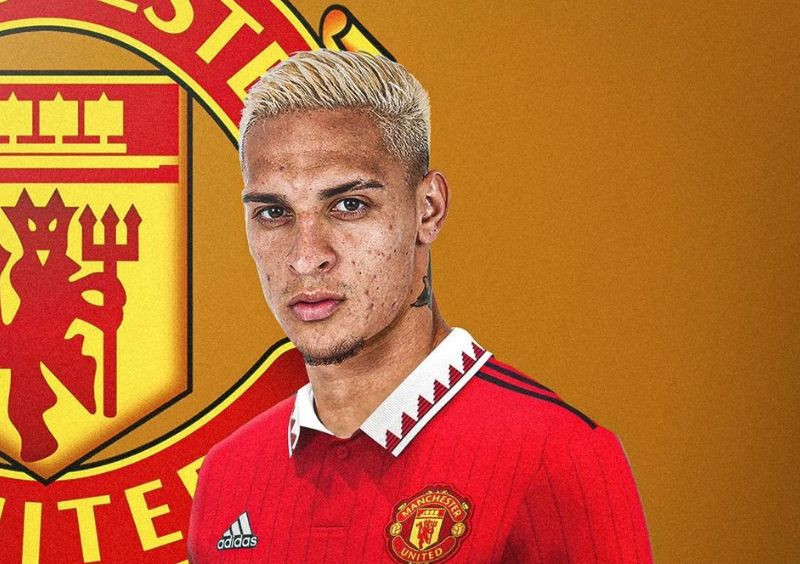 The signing of Antony from Ajax has been confirmed by Manchester United.
Manchester United confirmed the move worth £85.5million.
The 22-year-old has signed a five-year contract at Old Trafford with the option of another year after a breakthrough in the protracted negotiations between United and Ajax was made over the weekend.
United offered £81.3m as a fixed amount with £4.2m in add-ons, which includes a solidarity payment to Antony's previous club Sao Paulo.
Antony has done his medical and completed the deal to become new Manchester United player.
A statement from United read: "Manchester United has reached agreement with Ajax for the transfer of Antony, subject to medical, to player terms being finalised and international clearance."
He has become their fifth signing of the summer following the arrivals of Tyrell Malacia, Christian Eriksen, Lisandro Martinez, and Casemiro, taking United's spending to over £200m.
Antony joins after contributing 24 goals and 22 assists in 82 appearances for Ajax. He was brought to Amsterdam by Ten Hag, who signed off on a July 2020 transfer from Sao Paulo which was worth an initial fee of £13m, that could have grown to £18.2m through performance-related add-ons.
Top Stories