The CDPPN National Chairman stressed that unlike before, the current situation in the country calls for all stakeholders who have belief and love for Nigeria to join hands and participate in choosing the right presidential candidate come together. 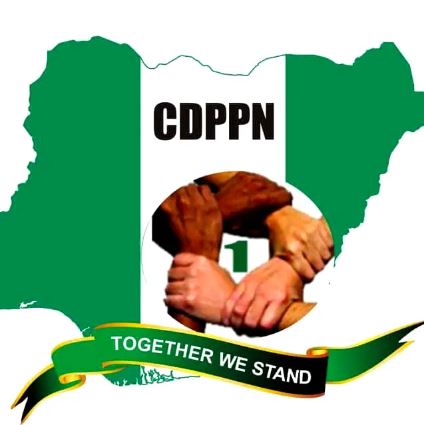 58 deregistered political parties, under the aegis of Conference of Deregistered Political Parties in Nigeria (CDPPN), are set to endorse a candidate ahead of the February 2023 Presidential elections.

The parties have resolved to endorse a presidential candidate that they believe is most qualified and highly acceptable by Nigerians to take over the mantle of leadership from President Muhammadu Buhari come 2023.

Addressing newsmen at the group’s National Headquarters in Abuja, the nation’s capital, on her 5th Extraordinary National Executive Council meeting, the National Chairman of the group, Rev. (Comrd) Odejide Adio stated that the body took the decision after in-depth analyses of current happenings in Nigeria across all sectors, and juxtaposing them with the credentials of all the leading contenders for the 2023 presidency.

He affirmed that only a candidate with experience, capacity, creativity and will power can wrestle Nigeria from the present leadership quagmire, noting that the country has in the recent times witnessed sharp divisions along her ethno-religious lines, hence, needs a humane, conciliatory and unifier to bond the country towards unity and progress.

The CDPPN National Chairman stressed that unlike before, the current situation in the country calls for all stakeholders who have belief and love for Nigeria to join hands and participate in choosing the right presidential candidate come together.

“As major stakeholders in the Nigeria political project, Conference of Deregistered Political Parties in Nigeria, after several reviews of the numerous challenges facing us as a country, cannot but lend our voice to recreate a new Nigeria by supporting a presidential candidate with outstanding and verifiable track records in governance and development. We cannot afford not to get it right at this time. We are endorsing someone whose interests are Nigerians’ utmost interests; someone with the capacity, innovations, and conciliatory characteristics capable of forging a common bond that would unify the country.

“We need a job creator for the teeming youths; one that can re-engineer all the critical sectors of the economy; some that would reinvigorate our educational and health systems. We are endorsing someone who would address the challenges of insecurity,  brain drain, and give life to Nigerians, who are today poorer than ever before. We are endorsing someone whose administration would guarantee undiluted constitutional democracy,  human rights, law and order, as well as activate relevant laws that would inspire public confidence in public accountability and the fight against corruption,” Adio maintained.

He further revealed that since the deregistration of the 74 political parties by INEC, only 58 of the parties have remained steadfast and formed an alliance that gave birth to the  Conference of Deregistered Political Parties in Nigeria (CDPPN), with their  respective offices and structures still intact across the country and the FCT. He went further to state that the body is ready to garner over 5 million votes for their preferred presidential candidate, as the group would soon commence mass sensitisation and mobilisation of their members across the country, promising that each member party would donate all their respective party offices from national to ward levels as campaign and mobilisation centres for their preferred candidate.

“We are not just endorsing for endorsement sake. We are endorsing and backing it up with free provisions of our offices as campaign and mobilisation centres for our preferred candidate. What it means is that all the 58 political parties that formed CDPPN would donate their respective offices nationwide and doctorate such with posters and banners of our choice presidential candidate, and the place would also serve a rallying campaign point”.

When asked the name of the preferred presidential  candidate, Adio stated that the name would be unveiled in an elaborate event that would take place in the coming days.

“We are a group made up of astute politicians with pedigree. Our activities are not shrouded in secrecy or on the pages of newspapers. Nigerians would be notified at the appropriate time, and the event would be very elaborate . The presidential candidate we are endorsing is someone Nigerians believe in, and can attest to his pedigree. He is one with the right psychology of leadership that would turn-around the country’s fortune for good. Nigerians would not regret the choice we are going to present to them when they hear the name. It is not based on ethnicity, religion or  political affiliation, but our choice is driven by competence and capacity after thorough appraisal of all the presidential hopefuls”, Adio maintained.

Corroborating the statement, the CDPPN National Publicity Secretary, Honourable Engr. Dozie Nwankodu averred that the decision of members of the group on the choice of their preferred candidate would reflect the wishes and aspirations of majority of Nigerians as the country cannot afford leadership incompetence and visionlessness come 2023.

‘Nigeria has been on a downward spiral of political governance since 1999 till date. Now that there is a great awakening in the land, and Conference of Deregistered Political Parties in Nigeria being astute stakeholders in the country’s political governance must ensure we get it right this time by endorsing a presidential candidate that sleeps, dreams and and wakes Nigeria. We are endorsing a candidate that would reflect the collective interest of all Nigerians, without recourse to tribe, religion or political affiliation”, Nwankodu stressed.