Shettima, in a statement, said he had a meeting with the aggrieved lawmaker at his residence in Abuja, on Monday evening, August 29, and that Muhammad agreed to return to the party. 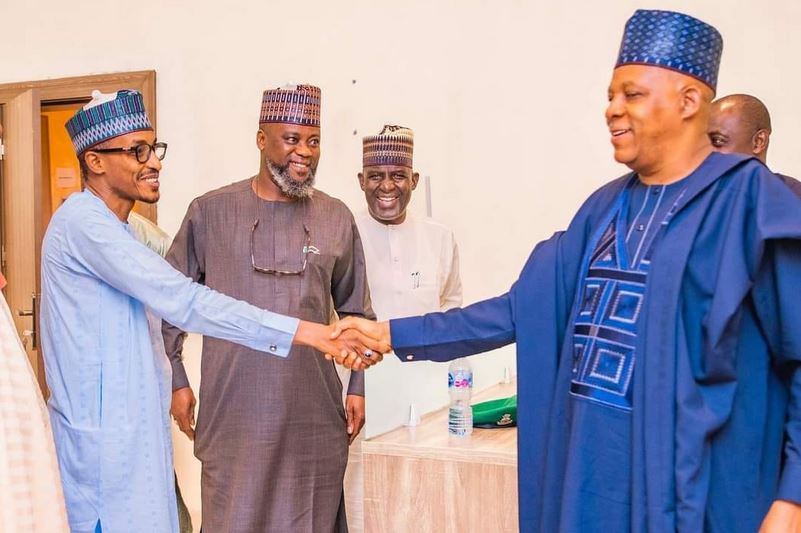 Sen Kashim Shettima, the Vice Presidential candidate of the All Progressives Congress (APC),has stated that President Buhari's nephew, Hon Fatuhu Muhammad, has changed his mind about leaving the party.

Hon. Fatuhu, member representing Daura/Sandamu/Mai’adua Constituency at the House of Representatives, had dumped the ruling party after losing re-electionn ticket.

Fatuhu, whose father was Buhari’s oldest brother, got only 30 votes while his rival, Aminu Jamo, polled 117 votes.

Shettima, in a statement said he had a meeting with the aggrieved lawmaker at his residence in Abuja, on Monday evening, August 29, and that Muhammad agreed to return to the party.

"In our efforts towards peacebuilding and uniting the members of our party, l met with Honourable Fatuhu Muhammed, who had previously announced his defection from our party," he said.

"Hon. Fatuhu, who represent Daura/Sandamu/Mai’adua Federal Constituency of Katsina state, is a critical stakeholder of the APC in the Katsina state

"After a crucial meeting this evening, Hon. Fatahu has rescinded his earlier decision to leave the party and also restated his commitment to work towards promoting the progressive ideals of our party, especially in this build-up to the elections.

"The meeting was attended by the Deputy Speaker of the House of Representatives, Rt. Hon. Ahmed Idris Wase, and Hon. Nasiru Sani Zangon Daura, a member representing Zango/Baure Federal Constituency and candidate of the Katsina North Senatorial District in the 2023 elections."