How My Dream Of Becoming Africa's Youngest VC Was Truncated - Adeboye


Adeboye, in a sermon, revealed that the death of the founder of RCCG, Pa Josiah Olufemi Akindayomi truncated his dream of becoming the youngest vice chancellor in Africa. 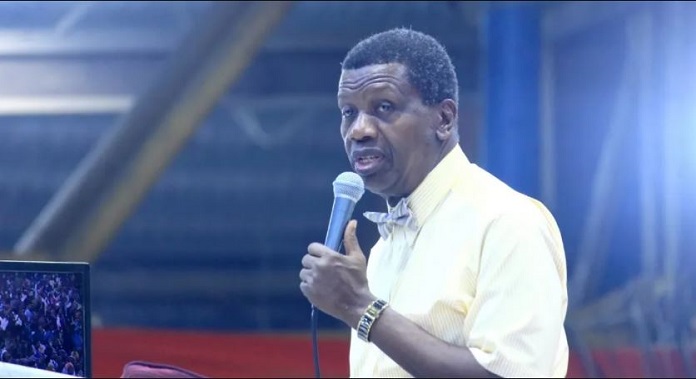 Pastor Enoch Adeboye, the General Overseer, Redeemed Christian Church of God (RCCG), has talked about his dream of becoming a Vice Chancellor.

He explained how his dream of becoming the youngest Vice Chancellor in Africa was truncated.

Adeboye, in a sermon, revealed that the death of the founder of RCCG, Pa Josiah Olufemi Akindayomi truncated his dream of becoming the youngest vice chancellor in Africa.

According to him, “how can I ever forget the meal I was eating in my little house in Ilesha in those days. I came to visit my mum and I was eating pounded yam and then I heard a car stopped in front of the house. And I said who could that be?

“Because nobody was supposed to know I was there and then the door opened and Pastor Mulero came in. I asked him, what’s wrong? He said finish your food, He told me Papa passed away last night and I knew immediately all my plans of becoming the youngest Vice Chancellor in Africa was over.

“He stepped in and I asked him why are you here? He said finish your food, I said it is Papa, isn’t it? He said yes, papa passed on last night. That was the beginning of me becoming a full-time pastor. I can’t forget that food, I didn’t finish it, the muscle that was in my hands came back to the plate.”

The man of God, who spoke on “Going Higher 70,” at RCCG Special Sunday Service on Sunday, also said that he had shared with the congregation when he went to minister in the house of a very important friend of his who is now late.

“The wife said I should wait for dinner and there were this four sisters who were there at the table with us, there was a young man who was sitting by my left, my host was sitting by my right and the wife is a good cook, particularly when it comes to chicken, so she gave me one fat leg of a chicken, it was so delicious and I finished it in a hurry.

“So she looked at me and said ‘do you want more?’ I said if you don’t mind, she gave me another one. I’m sure that will tell those of you who believe I don’t eat, that they’ve been lying to you. I was digging into the second leg of the chicken and all of a sudden, I saw one of the girls signalled to the man on my left, the man on my left coughed and I turned to him and said, daddy I want to talk to you; before I could turn back to my plate, one of the lady had grabbed my plate and ran fast into the kitchen and the other three followed, I didn’t know there was a plan, they went there to consume the left over.