The State Commissioner of Police, Idrisu Dabban Dauda, disclosed this at a press conference while addressing members of the public on its recent onslaught against crime and criminality in the state. 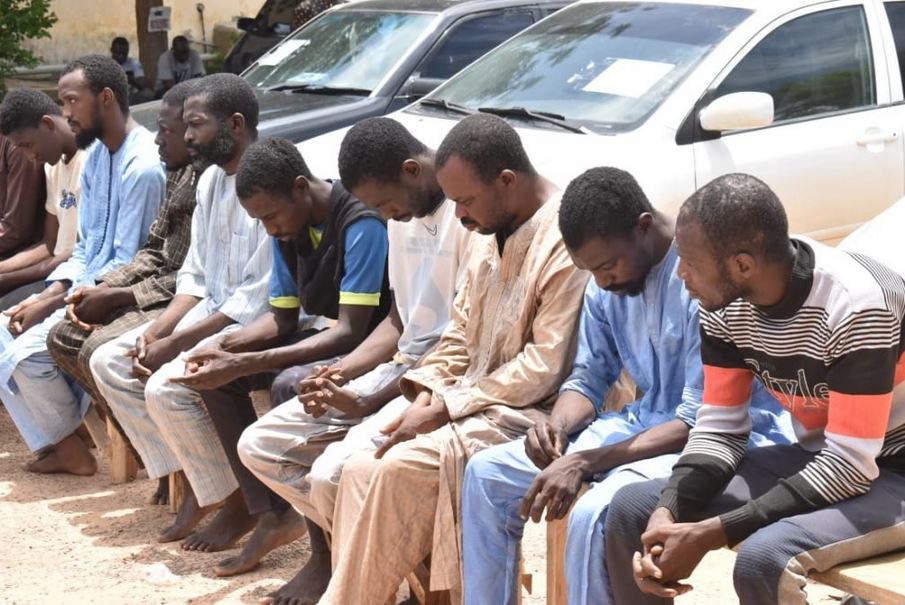 The State Commissioner of Police, Idrisu Dabban Dauda, disclosed this at a press conference while addressing members of the public on its recent onslaught against crime and criminality in the state.

In his narration on how one of the robbery suspect was busted, the Katsina Police Commissioner said on 31 July 2022, some members of the robbery syndicate broke and attacked the residence of one Nura Lawal of Modoji Quarters, GRA, Katsina, with a gun along with other weapons and robbed him of his ash colour Toyota Corolla, 2010 model with registration number ABJ 836 HC, valued at N3.5 million. They also stole the cash sum of N340,000 as well as his clothings.

Fortunately, the command launched a manhunt for the daredevils and accosted one of the suspects, Musa Isah, 35, of Behind Tourists Lodge, Katsina with the stolen motor vehicle at Kazaure, Jigawa state and the stolen clothes inside the vehicle, CP Dabban said

“In the course of investigation, two of his accomplices from Bauchi State, Abdullahi B. Mahmud, 35, and Babayo Abdulkadir, 32 were arrested for receiving stolen motor vehicles from Katsina.

Four fake transaction receipts/invoices and stamps for issuing to unsuspecting buyers as genuine documents, were recovered as a result'', CP Dabban disclosed.

“Further investigation, also led to the arrest of two other members of the syndicate in Plateau State, and recovery of three suspected stolen motor vehicles including two Toyota, Corolla L. E one without registration number and the other with registration number: JJN 315 AG, red in colour, belonging to one Reverend Blessing Geoffrey of Assemblies of God Church, Katsina as well as a blue colour Peugeot 206 model with registration number KTU 938 AC,” the Katsina Police Commissioner said.

One Toyota Corolla, golden colour, with registration number BUU 706 RR, Plateau was recovered at the scene loaded with the stolen goods.