Serena Williams Beats World No. 2 Anett Kontaveit to Reach US Open Third Round


The six-time champion will play for a spot in the fourth round on Friday, September 2. Her opponent will be Ajla Tomljanovic, a 29-year-old Australian. 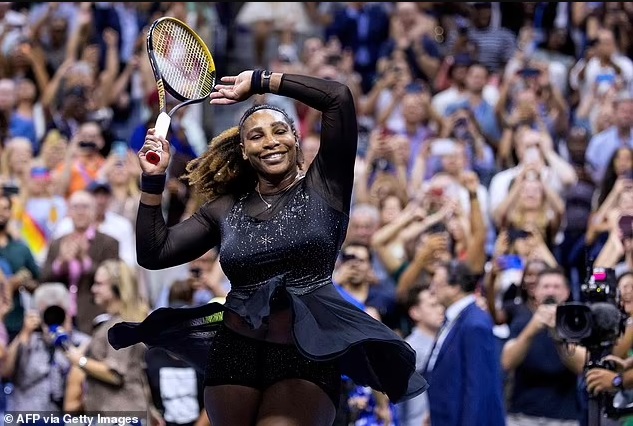 Tennis legend Serena Williams has reached the third round of the US Open to continue her impressive form.
She beat World No.2 Anett Kontaveit of Estonia in three sets to proceed to the third round of the US Open 2022.
The 40-year-old American star won 7-6, 2-6, 6-2 in front of a loud crowd at a full Arthur Ashe Stadium. It took Serena two hours and 27 minutes to secure the victory on Wednesday night, August 31.
“I'm just Serena. After I lost the second set, I thought, ‘Oh, my goodness, I better give my best effort because this could be it,’” Williams said after the game, surely echoing the thoughts of every one of the people paying any attention.
‘I’m loving this crowd, it’s fantastic, there’s still a little left in me,’ she said. ‘I love a challenge and rising to the challenge. The last two matches it has really come together. After I lost the second set I thought I had to give my best effort."
“I'm super competitive. Honestly, I'm just looking at it as a bonus. I don't have anything to prove,” she said, which certainly is true. “I never get to play like this — since ’98, really. Literally, I’ve had an ‘X’ on my back since ’99,” the year she claimed her first Grand Slam title at the U.S. Open at age 17.
The six-time champion will play for a spot in the fourth round on Friday, September 2. Her opponent will be Ajla Tomljanovic, a 29-year-old Australian.
Top Stories