Suellen Tennyson was taken hostage from a local parish in the middle of the night in April, leaving behind her glasses and blood pressure medication. 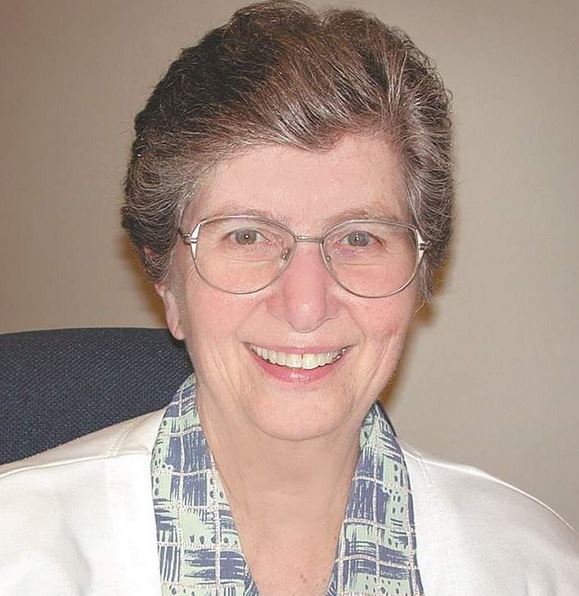 An 83-year-old  US Catholic nun who was abducted by armed men in April in Burkina Faso has been freed, the bishop of the local north-east diocese of Kaya has confirmed.

Suellen Tennyson was taken hostage from a local parish in the middle of the night in April, leaving behind her glasses and blood pressure medication.

The identity of the kidnappers was not known and is still not known.

Although, several militant groups allied to al-Qaeda and Islamic State operate in the Sahel region and are known to carry out attacks and kidnapping against civilians in Burkina Faso and neighbouring countries.

After her disappearance, the FBI had put out a missing person notice, however, it took five months for her to be freed.

"Sister Suellen is currently in a safe place and in good health," Bishop Theophile Nare said in a statement on Wednesday, August 31. 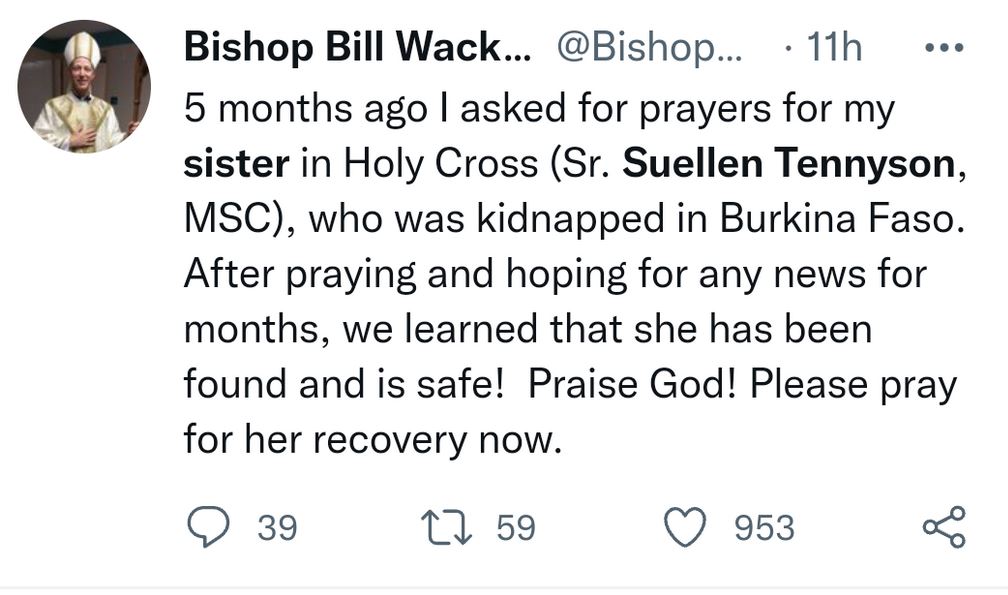 Bishop Nare said he did not have any information on the circumstances leading to Sister Suellen's release.

The nun is now receiving medical care and will be travel back to the US after treatment.