Quaicoo who is reported to be an evangelist in Italy, then, asked Ghana’s foreign affairs to stop issuing the country’s passports to Nigerians residing in Ghana. 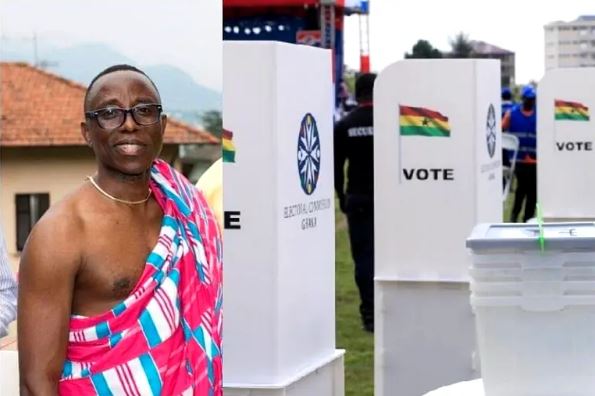 Matthew Quaicoo, an Italy-based Ghanaian man, has made a startling claim about Nigerians.

He said that the issuance of Ghanaian passports to Nigerians will make his countrymen lose their reputation in oversea countries.

Quaicoo who is reported to be an evangelist in Italy, then, asked Ghana’s foreign affairs to stop issuing the country’s passports to Nigerians residing in Ghana.

The Ghanaian who had lived in Nigeria but now works at an international airport said this after his encounter with a Nigerian lady who could not pronounce Takoradi, a Ghanaian city properly.

According to GhanaWeb, Quaicoo also found out that the Nigerian woman could not speak Ghana’s Fante language, which made him describe her as ‘fake’.

“I met her last Sunday. I asked her where she comes from in the Igbo language, and she said Aba. I lived in Nigeria for a while, so I can speak the language. But I saw the Ghanaian passport and asked how she got it. The lady said she’s half-Ghanaian.

“According to the lady, she comes from Takoradi, but she mispronounced it. Then I asked how she was doing in Fante, and she was confused. That was when I realised she was fake,” Quaicoo said.

He said he did not proceed to ask her more questions because his job does not allow arguments with passengers. He said by the time he could explain to the Italian immigration, the lady had left the vicinity.

He said further, “The passport was the biometric one, meaning she has the Ghana Card too. So, I called the Ghana embassy here and inquired about her. They told me that it happens a lot, and they seize them whenever they come to renew them. That is all they can do here, but the problem comes from those in Ghana.

“Ghanaians may lose the reputation we have abroad. They will tag us fraudsters like some Nigerians. Italians know that Ghanaians are hardworking, but some Nigerians do illegal stud here.”