The court sentenced her to 10 years in prison on each charge, to be served concurrently, and a total fine of 970 million ringgit ($217 million). 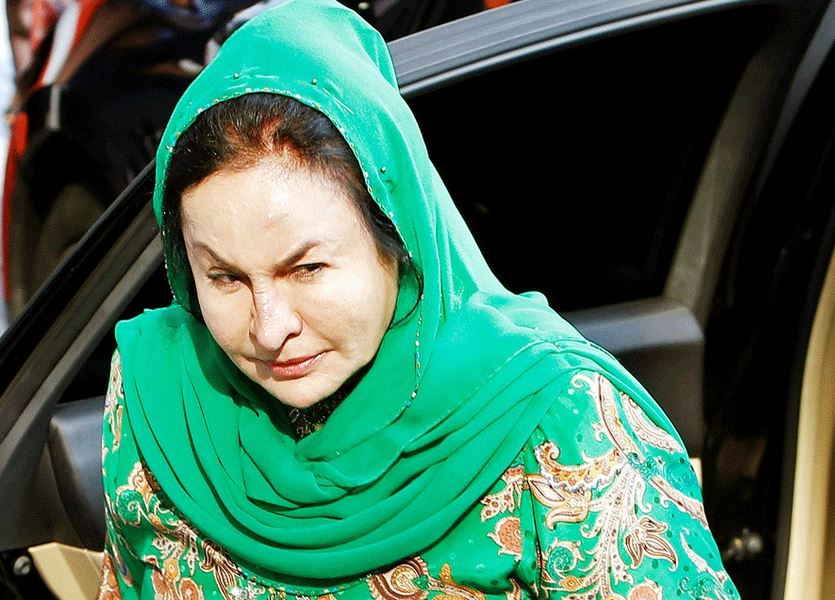 Ex-Malaysian first lady, Rosmah Mansor has been handed a 10-years jail term on Thursday, September 1, for soliciting and receiving bribes during her husband’s administration, a week after he was imprisoned over the massive looting.

The court sentenced her to 10 years in prison on each charge, to be served concurrently, and a total fine of 970 million ringgit ($217 million). She will be allowed to remain free on bail pending her appeal to higher courts.

High Court Judge Mohamed Zaini Mazlan said prosecutors proved beyond a reasonable doubt that Rosmah corruptly solicited bribes and received money as a reward for herself. He said her defense was a “bare denial, devoid of credible evidence."

Earlier, Rosmah made an emotional plea from the dock, saying she was saddened and felt she wasn’t given justice. She said she had never solicited any funds or taken a single cent while she was heading charity foundations during her time as the prime minister’s wife.

She also decried as political persecution the events that led to Najib being jailed and her family being made to suffer.

“I do not even know the cost of the project. So I am just telling the truth and nothing else but the truth," she said. “If that’s your conclusion, I surrender to God.”

Defense lawyer Jagjit Singh later told reporters that the amount of the fine was the largest ever in Malaysia's history. He said Rosmah was shocked and upset, and that they plan to appeal to higher courts.

Under the law, each charge carries a penalty of up to 20 years in prison and a fine of five times the bribes solicited and received.

Her conviction comes after her husband Najib began a 12-year prison term last Tuesday after losing his final appeal in one of the five graft cases against him involving the multibillion-dollar pilfering of 1MDB.

Before the verdict, Judge Zaini also rejected Rosmah's application to disqualify him after an alleged guilty judgment leaked online. Police said the leaked document was work done within the court’s research unit and was not the judgment, but Rosmah's defense said they lost confidence the judge could be fair.

Najib and Rosmah have been hit with multiple charges of graft after the shocking ouster of his United Malays National Organization in the 2018 elections, fueled by public anger over the 1MDB scandal.

Her former aide, who was jointly charged with Rosmah but later testified for the prosecution, told the court that many businesspeople lobbied Rosmah for help to secure government projects.

The court also heard that she spent 100,000 ringgit a month ($22,300) to hire online propagandists to deflect criticism of her lavish lifestyle.

During her trial, 23 prosecution witnesses testified but only two defense witnesses were called, including Rosmah. She told the court she was never involved in government affairs and that her former aide was a corrupt liar who had used her name to solicit bribes and pocketed the money himself.

Rosmah has also been charged with laundering illegal proceeds and tax evasion linked to 1MDB in another trial that hasn’t started.

1MDB was a development fund that Najib set up after taking office. Investigators allege more than $4.5 billion was stolen from the fund and laundered by Najib’s associates through layers of bank accounts in the U.S. and other countries to finance Hollywood films and extravagant purchases that included hotels, a luxury yacht, artworks, and jewelry.