The man maintained that snake meat are not used for cooking in this part of South-East Nigeria, but the restuarant probably knew but didn’t care about her customers. 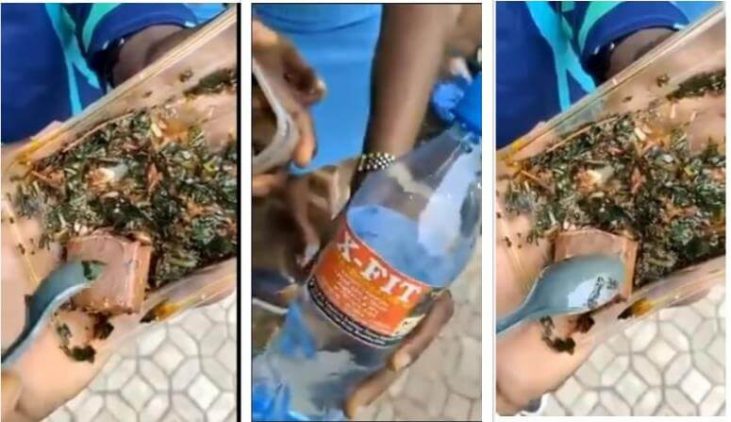 A man has taken to social media to lament after he was served a meal cooked with snake meat.
The incident happened at a gym restaurant located in Awka, the capital city of Anambra state.
In a video obtained by LatestNGnews.com, the man called out the restaurant “X-fit Awka”  where the food was served for being negligent of people’s health and hygiene.
He maintained that snake meat is not used for cooking in part of South-East Nigeria, but the X-fit probably knew but didn’t care about her customers.
The man whose voice was heard in background said he took the food from someone to have a taste but was shocked to see python meat inside the food.
From the look of things, they had already finished eating the food before making the shocking discovery.