The British fighter posted a video expressing his animosity against his future rival, calling him a middleweight and assuring he'll smash him in their fight. 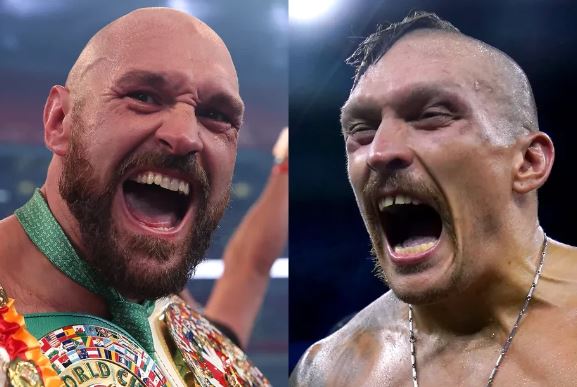 Fury took to social media to issue a warning against Usyk after the Ukrainian said he won't be able to fight Fury up until next year as he need some time away from boxing.

Usyk's comments didn't sit well with the British fighter who has since posted a video expressing his animosity against his future rival, calling him a middleweight and assuring he'll smash him in their fight.

Tyson Fury sent a video message to Oleksandr Usyk in which he tells him that if he wants the WBC heavyweight title, he'll have to come and take it from the gypsies who currently have it, as the 'Gypsy King' is holding it tight.

Fury also said that for Usyk, all roads lead to a 7-foot giant that will absolutely destroy him, before calling him once again a middleweight.

"Middleweight you will get smashed to bits. You said you wanted to fight me after you beated the body builder. Called me out on television. And now you're being a little b*tch p*ssy boy running, hiding, saying you got injuries. You ain't got no injuries, you had a sparring contest."

The British boxer then went on to tell Usyk that he must take the fight with him, regardless if is due December or not.

"Get out and fight in December. You let your mouth go, now lets back it up. See if you can back it up middleweight. It doesn't matter if it's December, April or August next year. The outcome will be the same, I will obliterate you. I'm a 7-foot 20 stone bear and I will destroy you middleweight, Find your balls and come see me. B*tch."

I Will Win 2023 AFCON For Nigeria – Jose Peseiro
Recent Stories