He made the comment on Wednesday during an interview on Channels Television’s Sunrise Daily, amid the lingering crisis in the nation’s university sector. 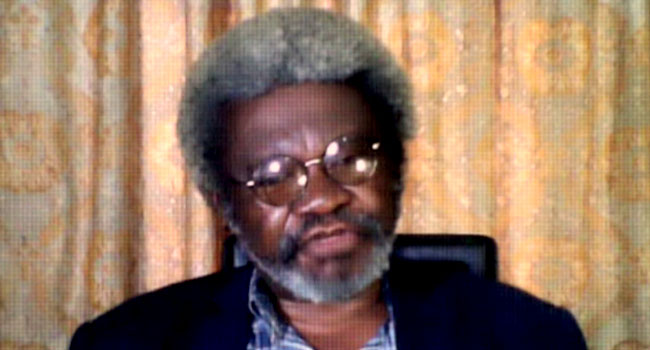 The federal government has been told that its ‘no work, no pay’ policy cannot apply to professors and lecturers in Nigerian universities.
A Professor of Zoology at the Obafemi Awolowo University (OAU), Tola Badejo gave the warning on Wednesday during an interview on Channels Television’s Sunrise Daily.
“Why should we have to set up another committee to look at what is obvious? ‘No work, no pay’ can never apply to professors and university lecturers,” said Professor Badejo.
“Teaching is just a small fraction of what we do. We are researchers, we grade exams, and we mark scripts. No professor or lecturer will abandon research because he is on strike, we work every day, we work from home.”
Professor Badejo made the remarks a day after the Federal Government set up a tactical committee to review its ‘no work, no pay’ stance against members of the Academic Staff Union of Universities (ASUU).
Academic activities in the nation’s government-owned universities have been paralysed since February 14 when members of ASUU, who are lecturers, went on strike.
This prolonged crisis has kept students out of the classroom for nearly seven months with no end in sight, as several negotiations between the government and the union have failed.
The constitution of the tactical committee to review the ‘no work, no pay’ decision is the latest move by the government in its resolve to ensure normalcy is restored in the universities.
But Professor Badejo, who is also a member of the union, believes the government needs to do more to improve the university system for quality education.
“In my department, every lecturer is doing the work of four lecturers, and that is what the Earned Academic Allowance means,” he explained. “It has been said that this will be done in the next year’s allowance, but nobody is going to take any government serious on promissory notes.”
He also rejected the percentage of increase in salary proposed by the government, saying the 23.5 per cent and 35 per cent rates for all categories of the university workforce and professorial cadre respectively, are not acceptable.
“As long as a professor earns less than a senator, a major in the army; it is not acceptable. Even what they have promised, they have not released it,” the don said.
Top Stories