Akindele alleged that the people who failed to identify themselves also brought officials of the Nigeria Security and Civil Defence Corps (NSCDC), to harass him, his staff and customers. 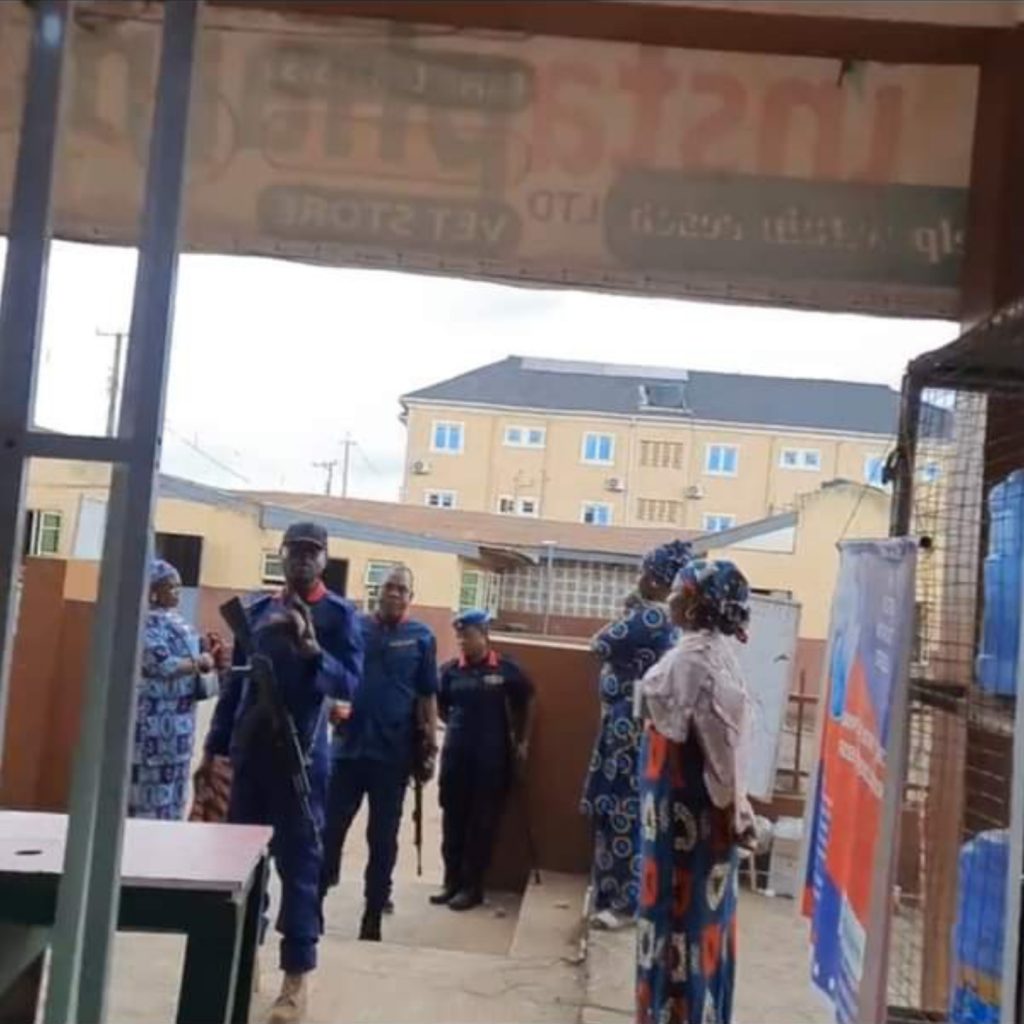 Mr. Opeyemi Akindele, a Nigerian pharmacist, has decried a recent attack on him and his business,.

He kicked against the invasion of his pharmacy by some people who claimed to be officials of the Pharmacists Council of Nigeria (PCN).

Akindele alleged that the people who failed to identify themselves also brought officials of the Nigeria Security and Civil Defence Corps (NSCDC), to harass him, his staff and customers.

He urged the Commandant General of Nigeria Security and Civil Defence Corps (NSCDC), Ahmed Abubakar Audi, to use his office to investigate what he termed as an assault on his person.

Akindele who spoke with DAILY POST on Wednesday explained that a man who claimed to be an official of PCN brought the three NSCDC officials to assault him and his staff and held them, hostage, for hours.

The pharmacist insisted that the man and the three armed NSCDC officials were on illegal duty.

Akindele while narrating his ordeal to DAILY POST on Wednesday, said that the man who refused to identify himself brought the three armed NSCDC officials to seal his pharmacy around 3pm on Tuesday. 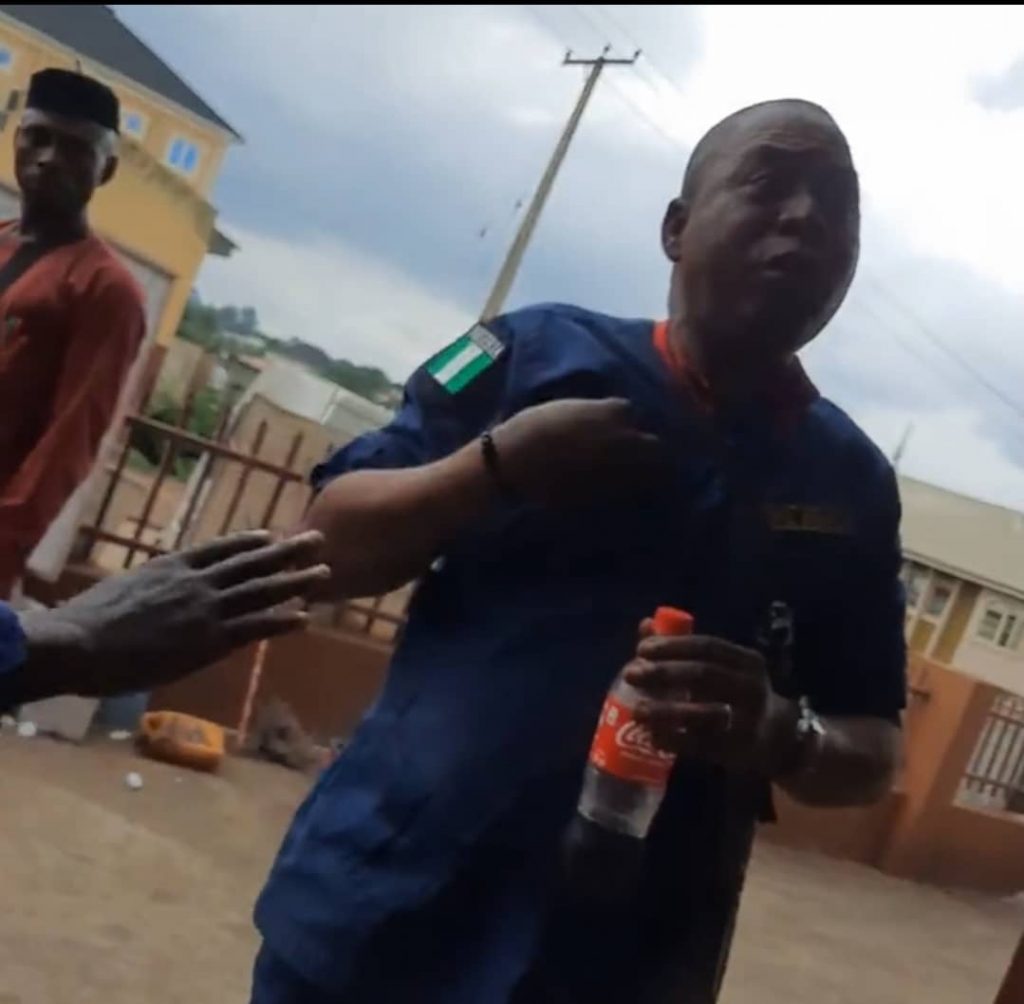 He added that he resisted the move because he has satisfied all the requirements to operate the pharmacy.

He explained that the three armed NSCDC officials assaulted him and his staff in an attempt to forcefully seal the premises.

He said the armed NSCDC officials removed their name tags because they knew they were on illegal duty.

Akindele urged the NSCDC CG to produce and prosecute the officials who were on illegal duty to seal his pharmacy.

Akindele said, “They should produce the names of the officials. They will pay for damages for loss of business, harassment and brand erosion.

“A man invaded my pharmacy with armed men (2 male and 1 female) in NSCDC uniform with name tags deliberately removed.

“They blocked the entrance and took over the shop floor, putting everyone in fear. The man that led them refused to identify himself by mentioning his name or producing his ID card.

“The man that led them claimed he is working for Pharmacists Council but could not produce an ID Card and did not mention his name. About 3pm yesterday.

“The man was asking for registration details which we have satisfied and we produced it, yet insisted on locking up our business.

“The men and a woman in Civi Defense uniform tried to force me to stop recording them.

“If it is about pharmacy registration, we are professionals who have even our home addresses with the Pharmacists Council. So, they can’t just send nameless officials and rogues to harass us. I firmly told them they can’t seal up my premises. Because the provision of the law is satisfied. The man that led them in even stained my document with his blood”‘. 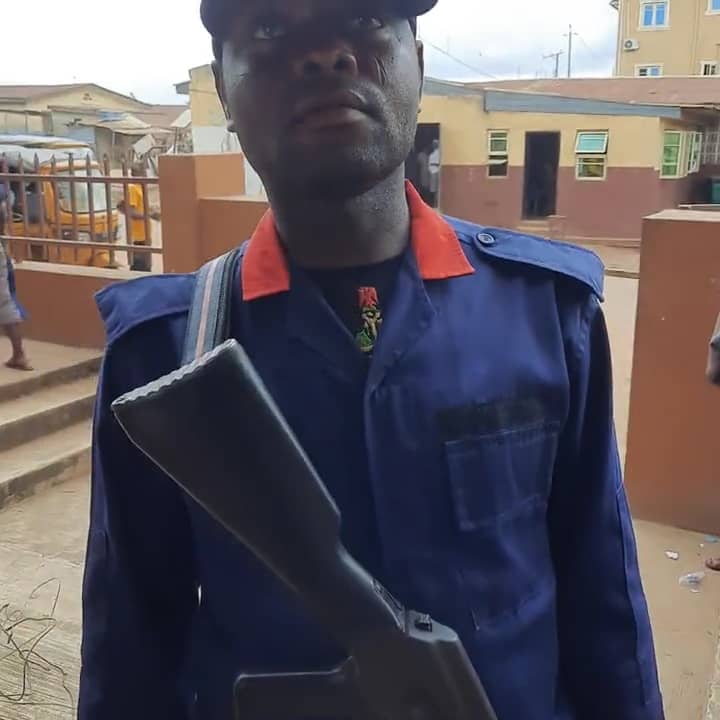 Public Relations Officer of the state command of NSCDC, Oyindamola Okuneye when contacted said the Council informed the NSCDC before going about what she called routine activity.

He added that the NSCDC officials removed their tags with the permission of the command before the operation was carried out.

“The removal of their name tag is not a big deal because nobody wanted to be seen or tag to such malicious discussion especially when it goes on air”.

South West Director of PCN, Yejide Oseni when contacted noted that a pharmacy cannot report a regulatory agency to a journalist.

She said that the victim knows where to report the matter.

Oseni, in a telephone conversation with DAILY POST on Wednesday, said, “You said that you are a journalist, a pharmacist cannot report a matter to a reporter.