The Seagulls boss was due to speak to the media on Thursday ahead of his current side's Premier League clash with Bournemouth and is expected to address his exit from the club. 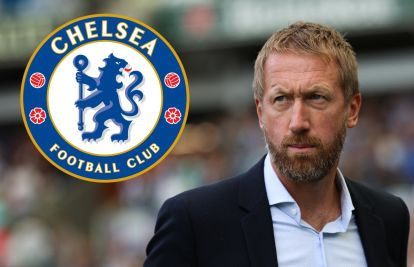 It has been reported that Brighton & Hove Albion F.C manager has agreed to become the next coach of Chelsea.
Reports in England stated that Graham Potter verbally agreed on terms of his contract to become Chelsea's new manager following the sack of Thomas Tuchel.
Chelsea made Potter their No 1 target after sacking Thomas Tuchel on Wednesday September 8, and swiftly received permission from Brighton to speak to him. A substantial compensation payment understood to be about £16m will need to be paid.
Potter is now going over a few final details of the contract this morning and is expected to be in the Chelsea dugout, along with his Brighton staff, for the Blues' match against Fulham on Saturday.
The Seagulls boss was due to speak to the media on Thursday ahead of his current side's Premier League clash with Bournemouth and is expected to address his exit from the club.
Potter quickly emerged as Chelsea's No 1 target and he was locked in advanced talks with the Blues on Wednesday night, thrashing out an agreement.
Former Liverpool sporting director, Michael Edwards and ex-Tottenham and Southampton recruitment guru Paul Mitchell are among those being considered by Chelsea.
Potter, 47, is understood to have a release clause of at least £12m in his contract, meaning Brighton are powerless to stop their manager from leaving.
Recruitment analyst Kyle Macaulay and first-team coach Billy Reid are among the Brighton staff set to follow Potter to southwest London.
Tuchel was sacked on Wednesday hours after his side's 1-0 defeat at Dinamo Zagreb, Chelsea's third loss in seven games.
A Chelsea spokesman said: 'As the new ownership group continues its hard work to take the club forward, the new owners believe it is the right time to make this transition.'
Chelsea, who sixth, will now hope they can get an immediate bounce from the imminent arrival of Potter in a bid to breathe new life in their domestic and Champions League campaigns.
Top Stories