King Charles and Queen Consort Camilla will stay at Balmoral this Thursday evening and return to London on Friday, the statement added. 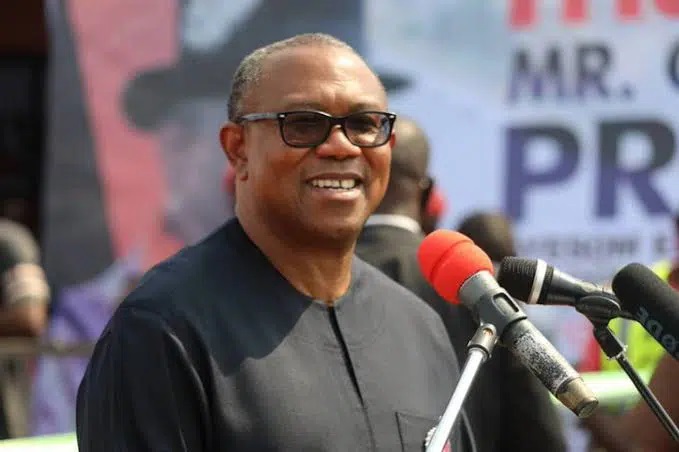 The Labour Party, (LP) presidential candidate, Peter Obi has mourned Queen Elizabeth II following her sad passing.
He took to his verified handles to make this known.
“I am saddened to hear of the passing on of Queen Elizabeth II, the longest reigning monarch of the United Kingdom. My thoughts and prayers are with the Royal Family, the entire United Kingdom and the Commonwealth nations, over this irreplaceable loss.
“Hers was an impactful reign and beautiful and explored life devoted to democratic ideals, charity, selflessness and empathy. She will always be remembered by the lives, organisations, institutions and countries she positively touched during her reign. May she rest in eternal peace,” he wrote
Buckingham Palace, Thursday evening, announced that Queen Elizabeth II passed away “peacefully” at Balmoral Castle in Scotland.
King Charles and Queen Consort Camilla will stay at Balmoral this Thursday evening and return to London on Friday, the statement added.
Doctors “recommended that she be placed under medical supervision,” according to a statement from Buckingham Palace released earlier on Thursday afternoon.
Several members of the royal family went there, including princes Charles and William and also Princess Anne and Prince Andrew as well as Harry.
Top Stories