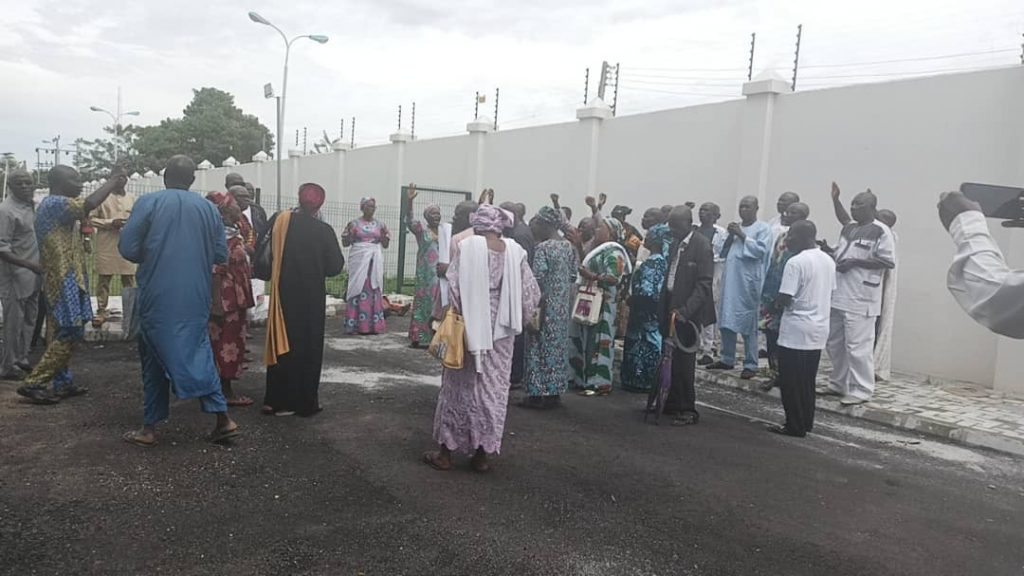 Angry pensioners in Niger State have staged a protest against being owed pensions.

Daily Post reports that no fewer than twenty Pensioners have allegedly died in Niger State within a year owing to non-payment of pension and gratuities by the state government.

Findings revealed showed that the pensioners are faced with challenges such as eviction from their homes, inability to feed their families, medical bills, and payment of school fees for their children, all of which have forced them to take up menial jobs and begging, among others to support their families.

Some pensioners who spoke to DAILY POST said their colleagues died due to pressure from the non-payment of their pensions and gratuities, adding that ” they were unable to take care of themselves and their families even when sick. Yet, they have monies in the hands of government”.

Lamenting their predicament, they disclosed that despite 17 screening exercises conducted by the Niger State government for pensioners in the past seven years, the discovery of ghost pensioners and alleged monies recovered, the government still owes over 10,000 pensioners their gratuities.

Against this backdrop, on Monday, the pensioners defied the heavy rain to protest the continued denial of their pensions, matching to the Niger State government house.

The retirees also carried placards with various inscriptions such as ‘non-payment of pension is not acceptable, ‘no gratuity, no pension, no vote for APC’, ‘Pensioners lives matter, ‘we shall occupy until Lolo pays’.

They demanded for the payment of their gratuities, payment of the 70 per cent balance for those who were paid 30 per cent, stoppage of the contributory pension scheme which they noted was a fraud and an upward review of the monthly pension is paid

On Tuesday, the retirees also assembled in front of the government house where both Christian and Muslim pensioners held separate prayers for God’s intervention in the matter. They vowed not to leave the premises until the governor meets their demands.

John James, a pensioner who left the civil service in 2014 from the Ministry of Women Affairs said he was paid only 30 per cent of his entitlement, which amounted to N565,000 and since then, nothing else has been paid to him

He said,” I lost my wife in this battle because the thinking was too much, she was frustrated and developed high blood pressure, we took her to general hospital but there was no money to treat her and so we lost her. Another of my colleague a retired chief nursing officer in the Suleja General hospital was knocked down by a car when he was going about to look for money to pay school fees of his son who got admission into the Kaduna State Polytechnic”. 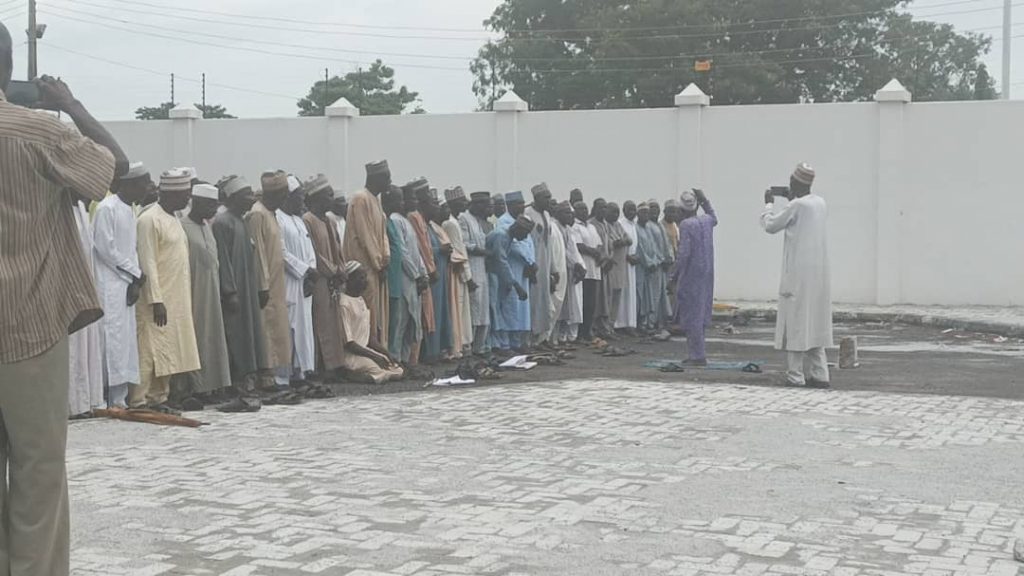 Binta Mohammed Galadima who retired from the Ministry of Health in 2018, alleged that ” the Governor’s children are abroad enjoying. She said, we have the same head, they are not better than us. They should tell Lolo (the Governor) to pay us our money so that we can take care of ourselves and our children”.

Berde Haruna popularly known as Dogo, who retired from Niger State Performing Troop, GWAPE international, said it has been rough for him since retiring three years ago as he is yet to receive his gratuity.

Matina James who retired in 2015 alongside her husband from Munya LG said, ” since 2015, the government paid us 30 per cent and till now, the 70 per cent is yet to be paid nor our arrears either. It has affected me. Our children cannot go to school, they have taken to hawking just to sustain the family”.

Meanwhile, the Spokesman of the pensioners, Ibrahim Mahmud and other leaders of the group who were invited by the Secretary to the Niger State Government, Ahmed Ibrahim Matane for a meeting, lamented the difficulties faced by the members resulting in the death of many pensioners in the state.

Mahmud stated,” on Monday morning, two of our pensioners who were admitted in the hospital died as they were not receiving the needed medical treatment due to lack of funds. The government is not sympathetic to our plight and has abandoned us to suffer, despite receiving several bailout funds and Paris Club funds from the federal government”.

To placate the angry pensioners, the SSG asked them to give the government till the end of the month for their gratuities to be paid.

He added that the government is sympathetic to the plight of the pensioners but denied knowledge of the fact that some retirees have not received either their pension or gratuity.

However, the Chairman of the Nigerian Union of Pensioners NUP, Niger State chapter, Isyaku Ndagi during a visit to the Acting Director General of the State’s Pension Board, Nasiru Namaska disassociated the Union from the protest by some of the retirees while appealing to them to maintain due process.