According to the authorities, the suspect when he was apprehended with narcotics struck the officer on his elbow and attempted to bribe him with R430 for his release. 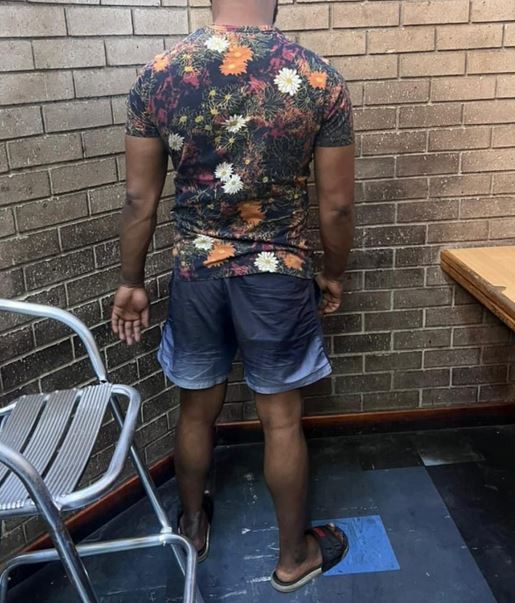 A 34-year-old Nigerian man has been apprehended in Johannesburg, South Africa for alleged possession of drugs, assaulting a police officer and bribery.

According to the authorities, the suspect when he was apprehended with narcotics struck the officer on his elbow and attempted to bribe him with R430 for his release.

Spokesperson for the Johannesburg Metropolitan Police Department, Xolani Fihla, in a statement on Tuesday, September 13, 2022, said the suspect was arrested by the (JMPD) IIOC Reaction (Undercover) Unit.

"On Sunday 11 September 2022, whilst on patrol at Ntemi Piliso Street officers spotted and stopped a Brown KIA Picanto which was skipping red traffic lights," Fihla stated.

"Upon searching the vehicle and the male driver, officers found narcotics, 99 bags of nyaope in his possession.

"As the officers confronted the driver regarding the drugs he became violent and struck an officer with his elbow whilst attempting to flee the scene on foot.

"Officers gave chase and apprehended the suspect who was resisting arrest at Ntemi Piliso and Hall Street. The suspect, a Nigerian national then attempted to bribe the officers with R430 for his release.

"The suspect was arrested and detained at Johannesburg Central SAPS on multiple charges and he will appear in court during the course of the week." 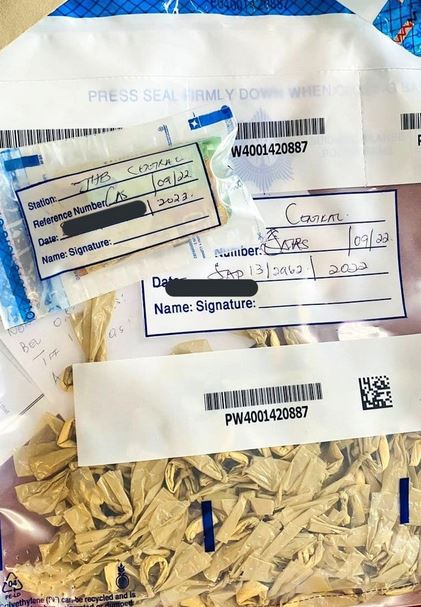 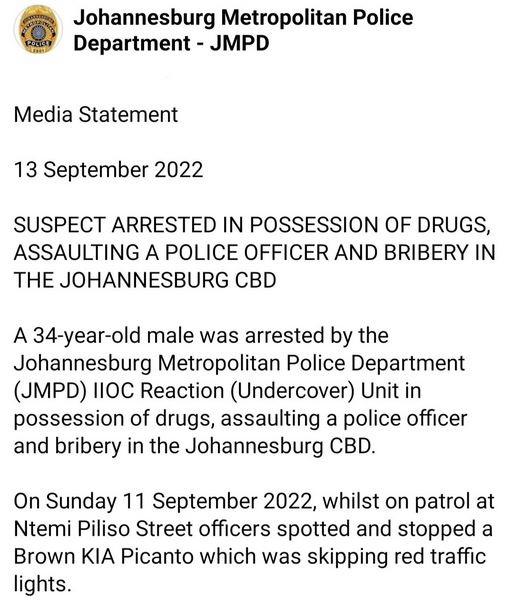 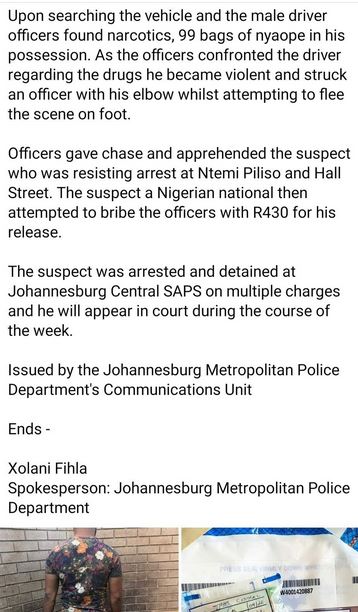