Hayatudeen however owned up that he may be totally wrong and the 2023 presidential election may just spring a surprise with Obi emerging victorious. 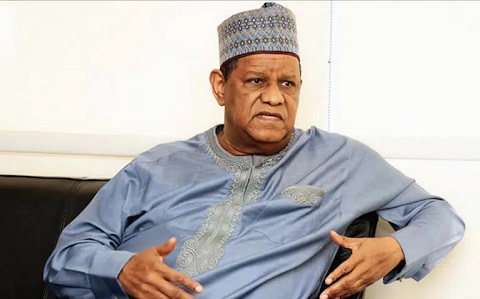 A former presidential aspirant of the Peoples Democratic Party (PDP), Mohammed Hayatudeen has said Peter Obi of Labour Party needs a miracle to win the 2023 presidential election.
Hayatudeen spoke on Tuesday on Channels Television’s programme, Political Paradigm.
According to him, Obi would need some years of experience to actualize his dream or join one of the big parties.
Hayatudeen also admitted that he may be totally wrong and the 2023 presidential election may just spring a surprise with Obi emerging victorious.
In his words, “The conventional wisdom is that if someone like Peter Obi had a 10 to 15 years project to create a magnificent machine that is robust, that has structures over a period of seven to 10 years, then he can become a force to be reckoned with.
“That is the view that I personally hold and I could be completely wrong. He might prove me wrong. I do not know but in a developing country such as ours…I will wait to see such a miracle happen in this election season.”
Speaking further on the programme, Hayatudeen said with President Muhammadu Buhari not on the ballot for 2023, his northern votes will shift to the Peoples Democratic Party (PDP) candidate, Atiku Abubakar.
He argued that Obi has a lot of work to do in order to penetrate the northern region of Nigeria.
“President (Muhammadu) Buhari is not on the ballot; he was a cult figure and therefore a lot of people who voted in the North voted for him,” he said, noting that Atiku will garner President Buhari’s votes in the North.
“I do not how much work Peter Obi has done and will do to appeal to northern sentiments. I really do not know because it is still a long campaign season but what I can tell you is that the PDP is not going to leave any part of northern Nigeria untouched.
“PDP is very strong in the South-South. A bit of the South-West votes, I can guarantee you that. In the South-East, it will run very strong because the information available to me, indicates that there is no particular person that is strong,” he said.
Top Stories