The impounded cars were auctioned and given to the highest bidders at a recent gathering. 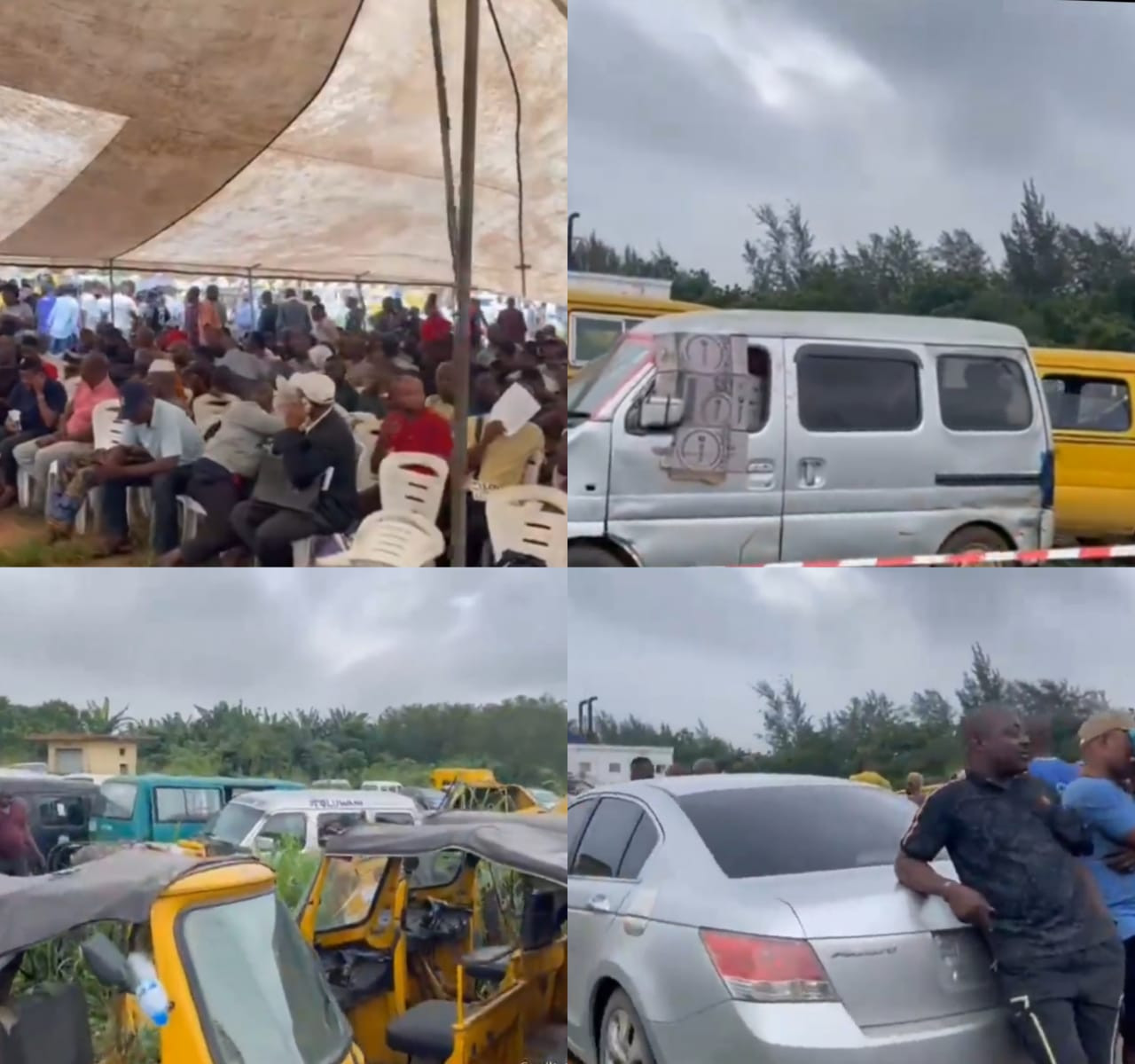 Residents of Lagos state have participated in an aution organised by the Lagos state government today September 15.
The residents came out under the rain to bid for cars impounded and auctioned by the Lagos state govt.
The vehicles were impounded by the state’s task force for flouting traffic regulations, especially for driving against traffic. The offenders were earlier charged to a mobile court and their vehicles were forfeited to the government.
The impounded cars were auctioned and given to the highest bidders.
Watch a video from the video where the auction took place below: