Shehu in a viral video had advised Christians in the North against voting for a presidential candidate of southern extraction in the forthcoming election. 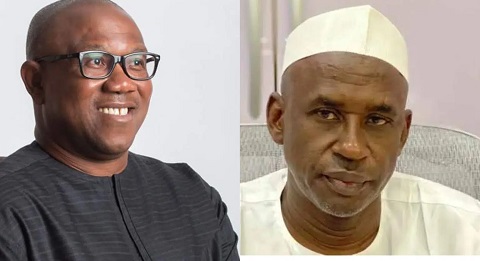 The Ohanaeze Ndigbo Worldwide has condemned Katsina-based activist, Mahdi Shehu for making an inciting statement against Igbos.
Ohanaeze called on the Federal Government to arrest Shehu for alleging that a vote for the presidential candidate of the Labour Party (LP), Peter Obi, is a vote for Biafra.
Shehu in a viral video had told Christians in the North against voting for a presidential candidate of southern extraction in the forthcoming election.
According to the Katsina-born activist, a vote for a Christian Southern candidate, particularly the LP candidate will amount to a vote for Biafra, and a secessionist.
Shehu further alleged that Northerners both Christians and Muslims are being discriminated against in the South East, South West, and South-South, regardless their religion.
Reacting to the development, the national publicity secretary, Dr. Alex Ogbonnia in a statement on Friday described Shehu’s comments against the LP candidate as ‘distasteful and capable of igniting ethnoreligious tensions across the country.
Ogbonnia noted that persons with such primitive mindsets are the ‘Pernicious incubus’ which had long held the country down.
He reminded Shehu that ‘Christian Southerners in the past willingly voted President Shehu Shagari, President Umaru Musa Yar’Adua and President Muhammadu Buhari on account of the manifestoes they presented to the populace’.
The group further urged the federal government to arrest and prosecute the activist to serve as a deterrent for others.
The statement partly reads; “Persons that harbour such mindsets are the pernicious incubus which has for long held Nigeria down. We call on the federal government to arrest, prosecute and ultimately confine Mallam Mahdi Shehu in a prison to serve as a deterrent to others.
“If such a deep ethnic jingoism is allowed to play out in the oncoming campaigns, then the fledgling wing of the eagle may be irredeemably broken. There is no Nigerian that is comfortable with the current state of affairs in the country.
“Two major options are open to Nigeria in the 2023 general election: to continue with the abysmal tailspin of poverty, unemployment, rising inflation etc, on one hand, or a productive, combustive economic salvation on the other.”
According to Ohanaeze, “The Igbo cosmopolitanism admits politicians of all persuasions to canvass for votes across the entire Igbo space without hindrance, bearing in mind that what Nigeria needs now is a transformative persona with ideologically based programmes and a proven record of accomplishments.”
Top Stories