Joshua was offered the proposition of becoming world heavyweight boxing champion once again by Fury despite his second defeat at the hands of Oleksandr Usyk. 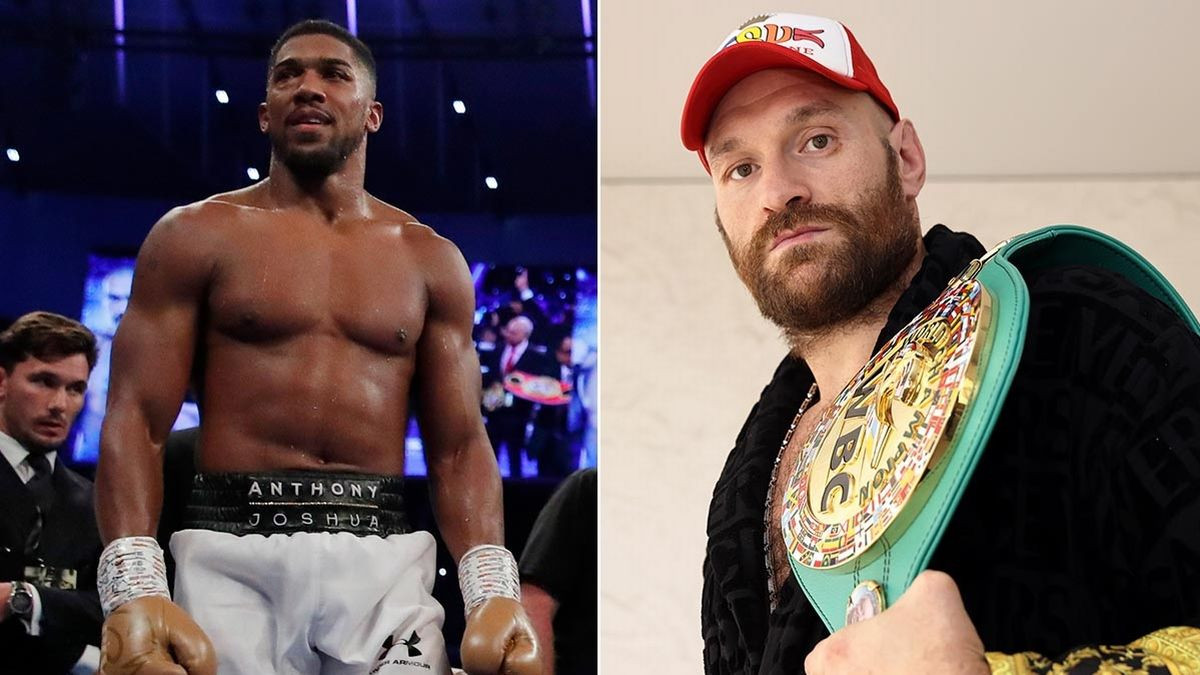 The anticipated fight between Anthony Joshua and Tyson Fury has been called off after Joshua reportedly failed to meet Tyson Fury’s deadline to sign the contract for their planned blockbuster fight.
An angry Fury, labelled Joshua an ‘idiot’ and a ‘coward’ after he missed the headline, according to DailyStar.
Joshua was offered the proposition of becoming world heavyweight boxing champion once again by Fury despite his second defeat at the hands of Oleksandr Usyk. Having seemingly lost his shot at a title after two losses on the bounce, AJ was given another chance by the Gypsy King in a potential clash which would finally settle the scores between the two British fighters.
Both had seemed in agreement for a fight to take place in December after several back-and-forths on social media. But an impatient Fury on the weekend claimed he would be moving on from the fight if Joshua did not put pen to paper on Monday, which the latter apparently failed to do.
Fury took to social media to post a video message, saying: "Well guys, it's official. D-Day has come and gone, it's gone past 5'o'clock Monday and no contract has been signed.
"It's officially over for Joshua, he's now out in the cold with the wolf pack. Forget about it. Idiot, coward, s***house, bodybuilder.
“Always knew you didn't have the minerals to fight the Gyspy King. Regardless of what you say now, I don't really care. Good luck with your career and your life, end of."
However, the lack of a contract being signed should come as no surprise to Fury. AJ's promoter Eddie Hearn made it clear earlier that he was calling Fury's bluff and even claimed the Gypsy King had his sights set on another bout.
Hearn told iFL TV: "Tyson Fury has no intention of taking this fight if that's the route he's going to take. Tyson Fury said he's retired, Tyson Fury said he was giving his money to the homeless... and now Tyson Fury is saying he's walking away from the fight if we don't sign on Monday. Well guess what, we ain't signing on Monday; we're having a meeting on Monday to discuss various points of the contract.
"We waited nine days for the contract and we've been working very hard with Queensberry, no-ones been messing round, and we have meetings with BT, with DAZN, with Queensberry, to go through the process and get this done but it ain't happening on Monday. If you're true to your word, which you never are, then walk away.
"The public know, you're going to fight Manuel Charr on December 3; it's a joke. so don't waste our time because we've spent a lot of time on this fight already. If you don't want the fight, just walk away. I don't think Tyson and Queensberry are on the same page; they can't be."
Fury is now expected to take on Manuel Charr for the December date while he waits for a shot at the undisputed title clash.
Top Stories