Suspect Who Gives Concoction To Children For Their Tummy To Grow Big, Then Uses Them To Beg Arrested In Lagos (Video)


The suspect confessed to be giving something to those little children to drink which makes their stomach big, in order to attract sympathizers. 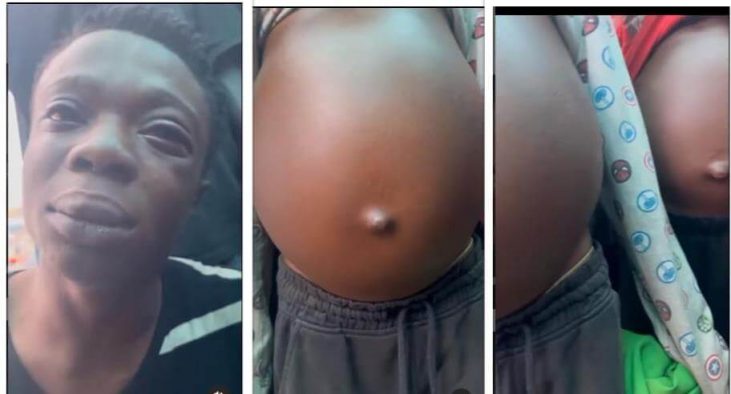 A man has been nabbed in Lagos state for giving kids concoction to protrude their stomach in order to use them to beg at Mile 2 bridge, Lagos state.
A video of the sad incident shared online by journalist Onodjae Efemena shows the man confessing to the crime.
According to the suspect, he gives something to the little children to drink which makes their stomach big, in order to attract sympathizers.
The video was posted earlier with a caption which reads;
Just as I was on my way to the office this evening, at Mile 2 bridge, I met a crowd beating a young boy. Out of curiosity as a journalist to know what happened, I took an excuse from the boys to interview the victim.
It’s surprising to know that those beggars with stomach turmoil at every bus stop take drugs to have their stomachs big in other to attract public sympathy. More details on our website page soon.
Onodjae Efemena also called on the Lagos state police command spokesperson, Benjamin Hundeyin, to help FastTrack the investigation so as to arrest their oga who is behind all this, which he tagged as a crime agauinst humanity.