During chitchat, Adekunle nudged Chizzy on his suspicion of envy from some of the housemates. 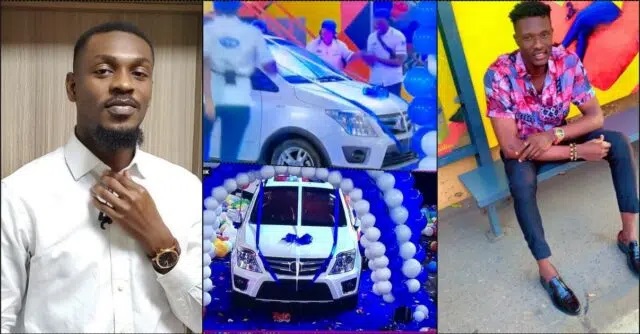 BBNaija season 7 housemate, Adekunle has hinted that some housemates may not be happy that Chizzy won a car.
Recall that Chizzy was handed the keys to a brand new IVM car after winning the day’s task on Thursday.
During chitchat, Adekunle nudged Chizzy on his suspicion of envy from some of the housemates who may have been unhappy about losing the car to him.
In response, Biggie’s rider stated affirmatively that he is unbothered about what anyone feels or thinks.
“Adekunle is the number 1 person that is not happy for chizzy , adekunle pretense is irritating,” a social media user wrote in reaction.
Another user added, “You yourself are happy 😂😂😂 this guy wan dey make me regret voting him😢.”
Watch the video below: