Over 5000 APC Members Defect To PDP In Kogi


The APC members defected to PDP in Avrugo and neighbouring ward in Igalamela/Odolu Local Government area of Kogi State. 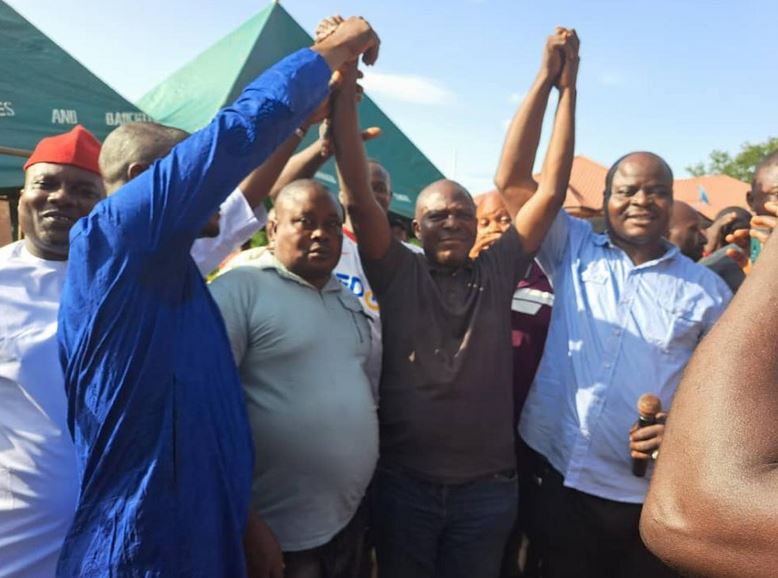 Over 5000 members of the All Progressives Congress, APC, in Kogi State have dumped the ruling party to join the Peoples Democratic Party, (PDP).

The APC members defected to PDP on Sunday in Avrugo and neighbouring ward in Igalamela/Odolu Local Government area of Kogi State.

The former Vice Chairman of Igalamela/Odolu Local Government, Hon Collins’s Adama, who led other party members to defect to the PDP, said the APC had failed Nigerians.

According to him, it is time for Nigerians to vote out bad leadership in the 2023 general election, stressing that any mistake made now will spell doom for the nation.

Adama, who was received into the PDP family by Igalamela/Odolu Local Government PDP chairman, Hon Attai Ndamusa Salifu and the party State Assembly candidate, Hon Umar Zakito also said the ruling APC should be ready to pack their load from both Kogi State and at the national level.