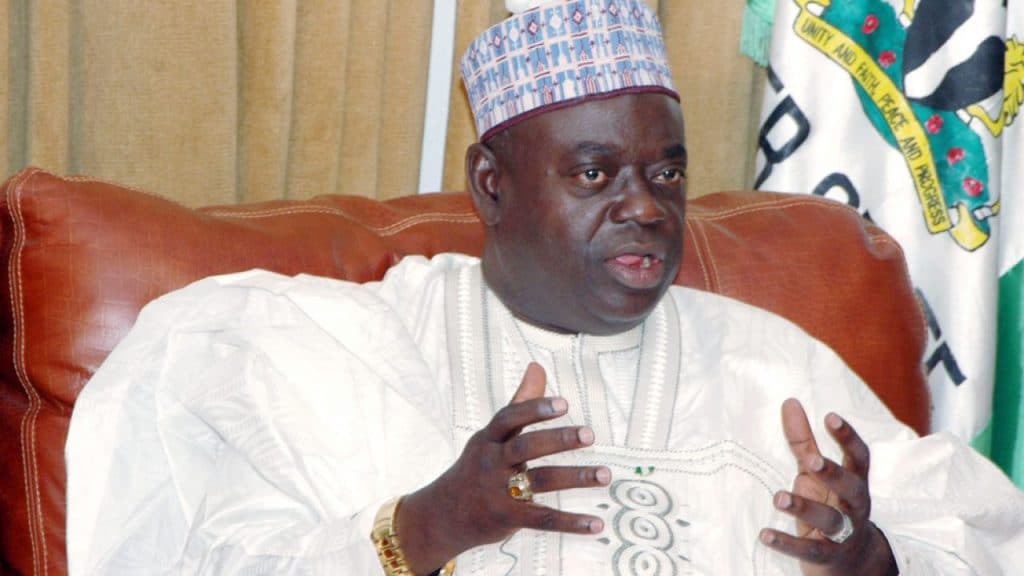 Former Governor Babangida Aliyu of Niger State has shaded the All Progressives Congress (APC) presidential candidate, Bola Tinubu.
According to Aliyu, a presidential candidate that is fit doesn't need to share a video of himself riding a bike to prove he is fit to be president.
Aliyu said the Peoples Democratic Party (PDP) flagbearer, Atiku Abubakar remains the healthiest of all the presidential candidates.
Recall that Tinubu had shared a video of himself on a treadmill on Sunday evening, debunking rumours that he was sick.
Tinubu’s absence at some important events, especially the peace pact, had sparked speculations that he rushed out of the country and put his campaign flag-off on hold to look after his health.
But Tinubu, captioned his video as: “Many have said I have died; others claim I have withdrawn from the presidential campaign. Well… Nope. This is the reality: I am strong, I am healthy.”
Speaking at the Ogun State PDP Secretariat in Abeokuta on Monday, Aliyu took a swipe at Tinubu, saying “a medically fit presidential candidate needs no proof by sharing video clips on social media.”
Aliyu insisted that “Atiku is the healthiest of the presidential candidates in this country.”
Aliyu, former Governors, Ibrahim Shekarau of Kano and Boni Haruna of Adamawa had stormed Abeokuta on behalf of Atiku.
Others at the event were, a former Acting National Chairman of the PDP, Elder Yemi Akinwonmi; the Ogun PDP governorship candidate, Ladi Adebutu; his running mate, Adekunle Akinlade, among other Southwest PDP leaders.
Aliyu expressed confidence that an Atiku presidency would reclaim Nigeria from the Boko Haram insurgents, bandits and other criminal elements.
Top Stories