The incident happened when a truck fully loaded with metal scraps, lost direction while crossing the submerged part of the Sara-Gantsa road. 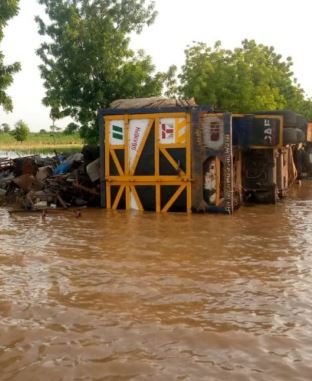 Two persons escaped death by the whiskers after a truck plunged into a flooded road in the Buji Local Government Area of Jigawa State on Monday night, October 3.

The spokesman of the Nigerian Security and Civil Defense Corps, NSCDC, CSC Adamu Shehu, stated this in a statement issued to newsmen.

He said the incident happened when a truck with registration number XP361EPE, fully loaded with metal scraps, lost direction while crossing the submerged part of the Sara-Gantsa road.

He said after receiving the report, the NSCDC officials rushed to the scene and succeeded in rescuing the victims. 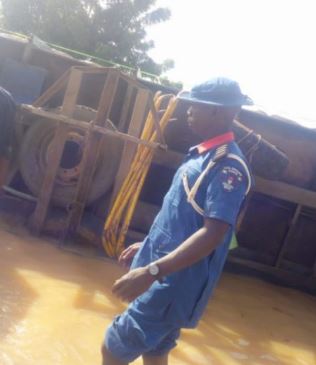