According to him, nobody was under trial as the panel set up was to ascertain the source of the leakage of the information to the media. 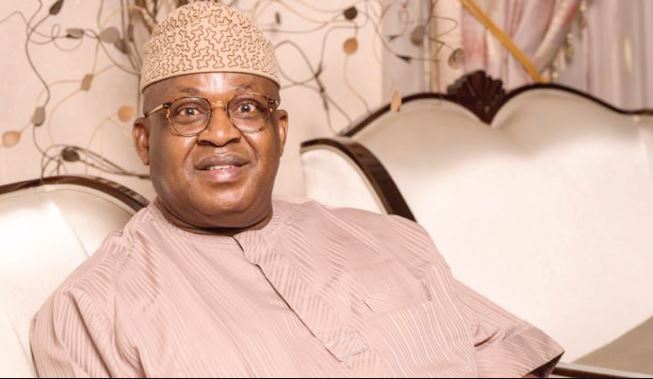 He shed more light on the return of N122.4 million paid into the accounts of its National Working Committee members by its national chairman, Dr. Iyorchia Ayu.

According to him, nobody was under trial as the panel set up was to ascertain the source of the leakage of the information to the media.

The PUNCH reported that no fewer than four members of the NWC got over N100 million paid into their accounts after the party’s primaries.

The money was said to be part of the over N10 billion realised by the party from nomination fees paid by aspirants.

While Arapaja got N36 million, Adagunodo, Orbih and Effah-Attoe got N28.8 million each.

Orbih in an interview with The PUNCH in Abuja on Tuesday night said he was never in any meeting when the approval for the payment of the money was given.

“Yes, a panel was set up not to put anyone on trial but to investigate the source of the story in The Nation Newspapers. In actual fact, one of the members did say that this was not the first time payments made to people are in the media as the vouchers under Adamu Muazu were even published in the Newspapers. He said there’s nothing unusual in this type of information leaking to the press.

“It may well be that even the administrative staff may be responsible for the leakage because one of them went to Arise TV to justify the payment. We want to know the source because having been informed by the NWC members that this is is not the first time such would be leaked because there was even some money paid to some NWC under Muazu, the vouchers were even published.

Speaking on the allegation that the money wasn’t a bribe, Orbih said, “Well, it’s not an allegation, we stated in our letter that this money is being returned based on the stories in the Newspaper that the money paid was a bribe.

“They came to the meeting to say, well it was not a bribe, there were narratives in the text messages in the alerts saying that it’s allowance.

“But most of us who were present and who had alerts on their phones showed that there was no narrative accompanying the payment. So, there’s no way they would have know from heaven that the money was for allowance.

“The only available information to them at the time that money was paid was the story in The Nation saying that it was a bribe. Some said that after consultation with their family members they decided to return it.

“Others said that after consultation with friends and embarrassment of people who heard the bribe share of the money. They felt it was not right because the impression outside was that the money was meant to bribe members from probing into the money collected for forms.”