Jumoke said this after she was asked when the APC presidential candidate would return to the country. 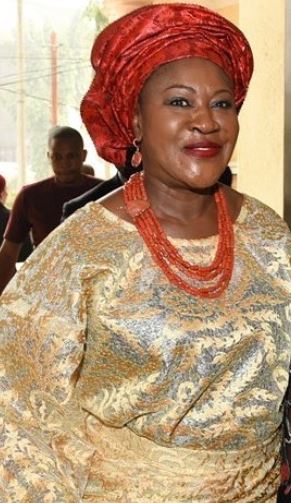 The All Progressives Congress, APC, Women Leader in Lagos State, Mrs Jumoke Okoya Thomas, has disclosed that the presidential candidate of the party, Bola Ahmed Tinubu, will be back to the country soon after it was rumoured that he went on health grounds.

Jumoke appeared on Arise Television’s The Morning Show on Wednesday, where she fielded questions on the ongoing political campaigns.

Bola Tinubu has been out of the country for a couple of days now with speculations spreading that all may not be well with the former Lagos State helmsman.

This comes at a time when political parties are kicking off their campaigns across the country.

Tinubu has not been around to flag off the APC campaign but the party has insisted that there is nothing untoward in his latest trip to the United Kingdom in such a critical time.

Jumoke was asked when she thinks the APC presidential candidate would return to the country and she said, “I’m a woman leader. He will show up very soon and I tell you… I know the Asiwaju, he never spent two weeks outside.