The family claims the boy sustained severe injuries to his body after he was brutally punished by one of the teachers in the staff room. 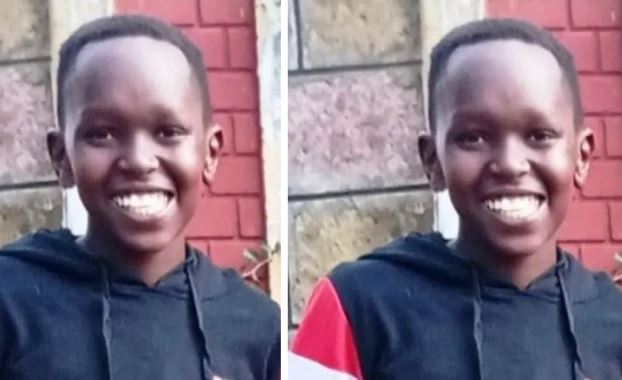 A 14-year-old boy identified as Enock Kipkoech has been reportedly found hanging by a noose at a school dormitory in Kericho county, Kenya.

The boy's family is seeking justice as they disclosed that he reported for the third term at St Teresa primary school on September 26, 2022, while in good health.

However, the family claims the boy sustained severe injuries to his body after he was brutally punished by one of the teachers in the staff room.

“Kipkoech was asked to relocate from his class while having their exams but would later return his locker to his class after the exams a move that angered his teacher who demanded him to go to the staff room. Other students overhead his bitter cry while coming out of the staff room.

“The said teacher followed him in class and demanded that he goes straight to the dormitory and take birth only to be found dead at around 4:00 pm hanging by a noose,” the boy’s father Richard Siele said.

“Kipkoech had asked the school to allow him to call me that fateful day but he was turned down. Previously, he had asked us to transfer him from the said school due to corporal punishment but I had insisted that he finishes this third term. I did not know it would result in his death,” the boy’s mother Emily Siele said.

An autopsy report indicates that Kipkoech had damaged arteries at the back of the left arm, dead artery spots on his buttocks as well swollen lungs.

The report further indicated the boy had been strangled on the neck.

“The school did not inform me of the death of my child as would have been expected. No one attended to us even when we got to the school.

We feel that the school could be covering up on the death of my child. Someone was responsible and they must be brought to book,” the boy’s father said.

The school has however confirmed that the matter is under investigation by the Directorate of Criminal Investigation (DCI) in Kericho County.