In his opening remarks, Adamu restated the need for the governors to support the party win the 2023 presidential poll. 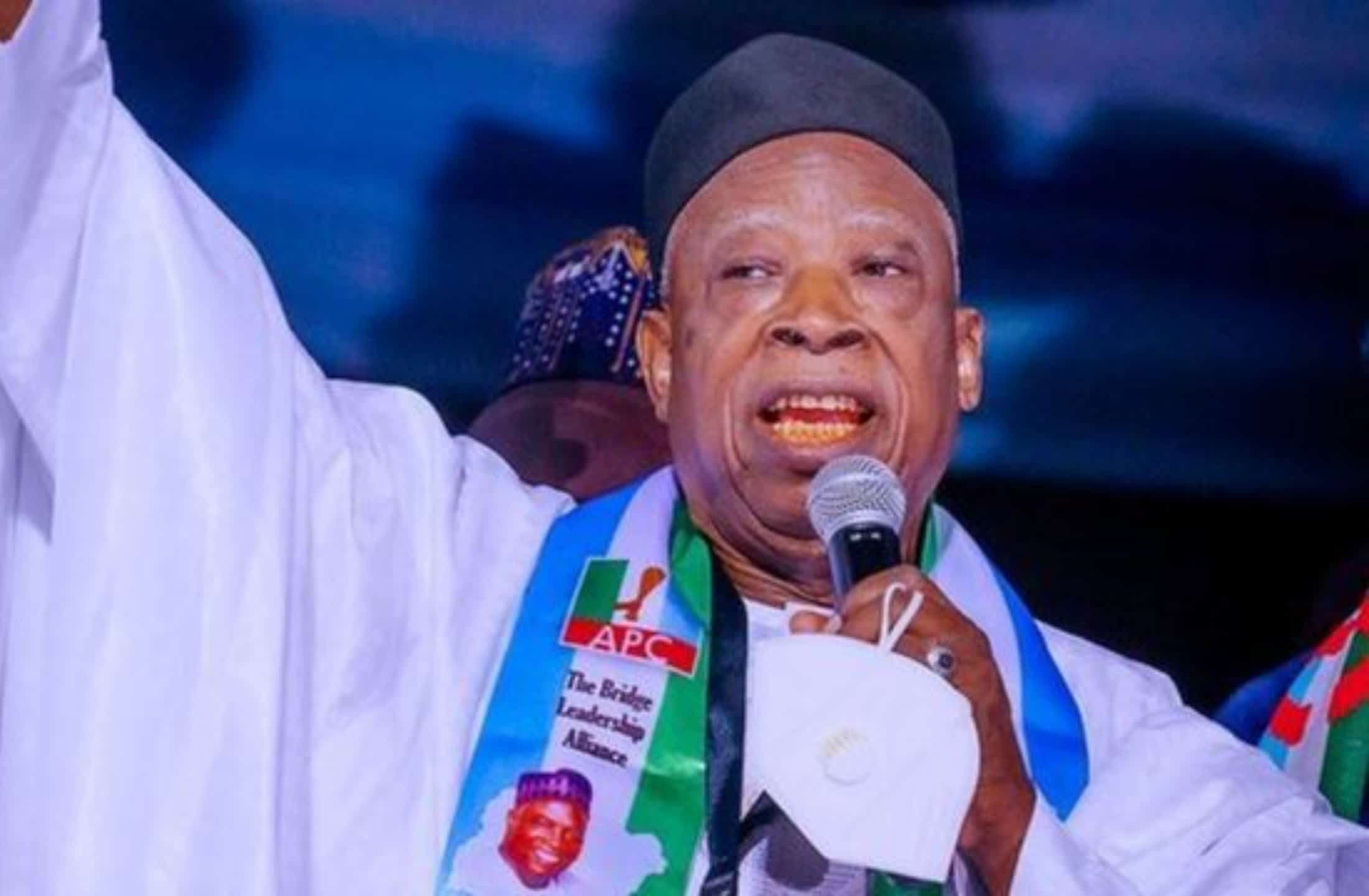 The National Chairman of the All Progressives Congress (APC), Adamu Abdullahi has sent a warning to Bola Tinubu, the presidential candidate of the party.
According to him, the party is at the risk of losing the 2023 presidential election if it doesn't get the support of APC governors.
The leadership of the APC, National Working Committee (NWC), members of the Progressive Governors Forum (PGF), and the leadership of the Presidential Campaign Council (PCC) on Wednesday met over the controversial campaign council list.
Speaking to journalists, Abdullahi Adamu warned that the leadership of the APC must determine what was right and implement it as long as it is within the framework of INEC’s guidelines.
In his opening remarks, Adamu restated the need for the governors to support the party win the 2023 presidential poll.
He noted, “being the chief executive officers of their various states, the onus of our great party lies in the hands of God and in their hands because they are the commanders of the party fortunes in their various states.
“We cannot make meaningful progress in the affairs of these states, particularly in an election year that is approaching. We cannot plan without the buy-in of our governors so that we can stand together, believing that we share same aspirations.
“We will plan together to see how best we can deliver the interest of the party and ensure that victory is ours in 2023 general election that is by the corner. That is the essence of this meeting.”
Those at the meeting include the Director-General of the Tinubu Campaign Council, Governor Simon Lalong of Plateau State; Umar Ganduje, Kano; Abubarkar Badaru, Jigawa; Bello Matawalle, Zamfara, Abubakar Atiku Bagudu, Kebbi; Sani Bello, Niger; Rotimi Akeredolu, Ondo; Abdullahi Sule, Nasarawa and the Borno State Deputy governor.
Also, a former governor of Edo State, Adams Oshiomhole, Hadiza Bala, and Chief of Staff to Lalong, with PCC secretary, James Faleke, with all NWC members and Directors of various departments in the council.
Top Stories