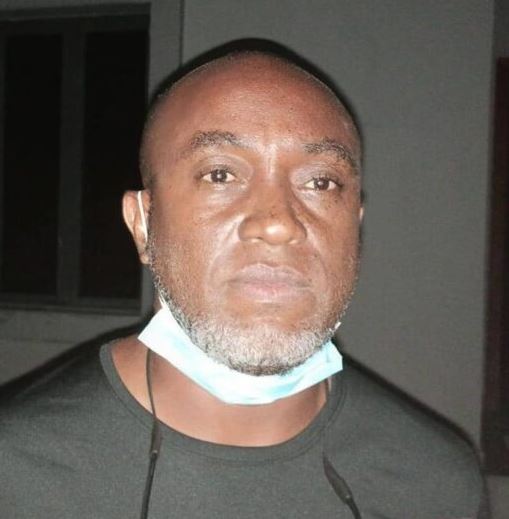 The National Drug Law Enforcement Agency (NDLEA) has been granted a request to detain billionaire drug baron, Ugochukwu Nsofor Chukwukadibia, for 14 days pending the conclusion of the investigation for alleged drug trafficking.

Justice Akintoye Aluko of the  Federal High Court in Lagos gave the order on Thursday following an ex parte application by the NDLEA prosecutor, Umar Hussain.

The agency backed its application with an affidavit in support of the motion ex parte deposed to by a litigation officer attached to the Directorate of Prosecution and Legal Services at the NDLEA, Kareem Olayinka Musibau.

The affidavit averred that the suspect was arrested at Plot-2-130, Road 67 VGC Housing Estate along Epe Express Way in Lagos on September 30, 2022, in connection with the seizure of 10,598 kilogrammes of Tramadol, while dealing and conspiring to distribute same to his associates in Nigeria and abroad.

“That the Respondent is an illicit drug baron operating a drug trafficking organisation in collaboration with his associates in Nigeria and other parts of the world.

“That it will serve the interest of justice if this application is granted.”

Babafemi stated that a search of the expansive mansion led to the discovery of 443 cartons of Tramadol Hydrochloride 225mg, which contains 13,451,466 pills of the drug while some cartons were already burnt in a fire incident in the house the same day.

“Before his arrest, Ugochukwu, who hails from Ihiala Local Government Area of Anambra State, has been on the agency’s watch list as one of those behind the Tramadol drug cartel in Nigeria.

“Preliminary investigation shows that he has about six mansions within the VGC, one of which he uses to warehouse the tramadol consignment, while he lives in the one at Plot Z-130 Road 67 and another as his office.

“Five exotic vehicles have also been located in two of his mansions, out of which two SUVs including a bullet-proof jeep have been successfully removed to the Agency’s facility,” Babafemi said.

Babafemi said the arrest of Ugochukwu, who is the Chairman of Autonation Motors Limited, came barely two months after the NDLEA uncovered a clandestine methamphetamine laboratory in the residence of another alleged drug kingpin in the estate, Chris Emeka Nzewi, who was arrested on July 30, 2022, along with a chemist, Sunday Ukah, who allegedly cooked the illicit drug for him.